Bluewater, Spiritleaf, The Higher Path reveal their most popular products 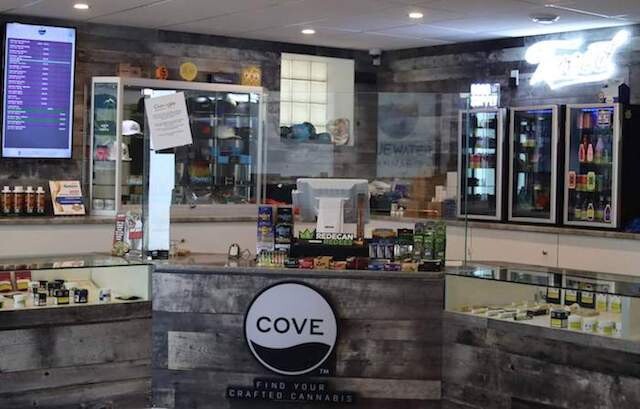 Bluewater Cannabis partner Ryan Graham says some of his customers want to go to the moon—but they can’t just yet.

“People want ‘moon rocks,’” he says. “I know there are a few LPs trying to get them listed through the province.”

For the uninitiated, “moon rocks” are cannabis buds that are dipped in extracts and then rolled in, and covered with, powdery kief.

Graham says there are all kinds of other products you can get that are resonating with those who come through Bluewater’s doors in Penticton and Oliver.

“People are loving Pineapple Party from Pineapple Buds,” he says.

Other popular flower choices include:

In the carts category, Glacial Gold’s Anytime 1:1 Vape is a notable offering.

“The cart game was absolutely changed with the introduction of Glacial Gold out of Vancouver,” says Graham. “Great technology. Super consistent. Really tasty. Great price point. They’re the first true 1:1, 420-mg THC, 420-mg CBD cart. We brought those in about a month ago and week after week they skyrocketed to No. 1.”

As for edibles and beverage, Edison Jolts are selling well. They’re lozenges that come in packs of 10 and each one is 10mg THC. At their price-point, they break down to about $2 per 10mg THC.

Graham says Keef’s Orange Kush drinks is one of his favourites.

“It tastes just like you’re sitting on the beach as a young kid on a summer’s day drinking an Orange Crush,” he says.

“We’re finally starting to see that category grow a bit with some new options,” she says.

She recommended Spherex’s Mango Kush and Grand Daddy Purple pods. Spiritleaf Vernon carries about a dozen different pods now, with more on the way every week. There are three more Spiritleaf stores in the Okanagan—Kelowna, West Kelowna, and Penticton, all owned by local residents.

“I’ve confirmed with a couple LPs that they’re doing PAX pods, so we’ll see more in the future,” she says.

Ballantyne says you can get more puffs out of the PAX Era, and the pods are consistent across all of the brands. When it comes to 510-thread carts, the mouthpieces are different, which can be annoying for some.

“They’re more adult sophisticated flavours,” she says. “When we talk about adult edibles this is the kind of candy I want to eat.”

Customers are confident in buying more products across categories during their visit to the shop, including flower, drinks and edibles, she says.

As for the near future, Ballantyne says she’s very much looking forward to special-edition Christmas pre-rolls.

Nicole Sullivan, a budtender at The Higher Path in Armstrong, says they were excited to get Sour Sis (Peyote Wifi) from The Flowr Corporation’s Underground series.

“The Underground series is built around the philosophy of helping micro-cultivators and small craft producers get into the market,” according to Flowr.

Sullivan says she has been enjoying a number of vape carts.

Her top three are:

As for drinks, she says the Verse Rapid Tropical Rush is a good option as a 1:1 that’s not super sweet. She also says the Indie Pals from Bedfellows is a good IPA-style drink and it’s not overly hoppy. 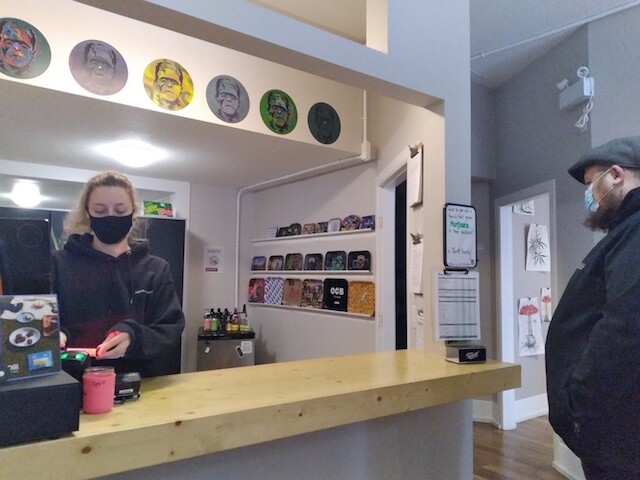