Talking to federal candidates about marijuana

My vote goes to pot 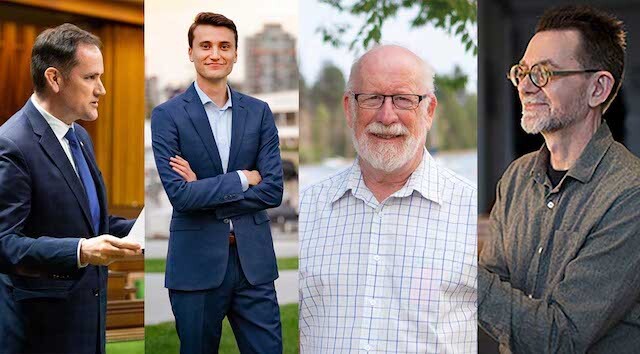 How each local candidate approaches weed in this federal election has a say in how I will vote.

(I hope I’m not alone in that thinking.) To that end, I reached out to four candidates from different parties in the Okanagan to get their thoughts on pot:

• Dan Albas of the Conservative Party

• Tim Krupa of the Liberal Party

• Richard Cannings of the NDP

• Imre Szeman of the Green Party.

The challenges for the industry are complex and numerous. There are a lot of federal issues that require proper policy and attention. This is, after all, a regulated industry on a global scale.

Issues I asked candidates about included:

• THC limits on drinks and edibles

• How they’d support Canada on the global level

Weed is big business. In May, 2021, cannabis added more than $18 billion to Canada’s GDP—that’s on par with auto manufacturing in this country.

Some licensed producers located in the Okanagan, including The Valens Company and The Flowr Corporation, are global in scope. Weed powers the economy. It employs thousands of people in retail, production, distribution, government and service industries throughout our communities.

Each politician had varying degrees of knowledge and comfort speaking about the issues facing the cannabis industry and its consumers.

Conservative Dan Albas, the incumbent in Central Okanagan—Similkameen—Nicola, opted not to answer questions. He explained he couldn’t speak to the issues but invited cannabis companies to reach out to him.

The three other candidates agreed to interviews.

The first question to each was: What’s the most important issue for you/your party when it comes to cannabis.

“I’m really proud that our government legalized and regulated marijuana. I think it helps keep kids safe and keep millions of dollars out of the pockets of criminal organizations and street gangs.

“I think one thing that’s important is to ensure Canadians who do have possession charges can be pardoned. They have serious lifelong implications from that, even if it’s a minor charge. This can also help reduce the burden on our court systems.”

“Overall, regulation can lead to a safer product for Canadians.”

“This riding has maybe a different focus on cannabis than many ridings in Canada because it was really one of the hearts of the legacy production, as we call it now.

“There are still a lot of producers out there on the black market. Many of them would like to get into the legal market. There are real hurdles to that both in terms of investments, money, and a huge amount of bureaucracy. We have Community Futures projects in the Kootenays that are helping some of those producers get over those hurdles.

“During the whole process of legalization, I did a lot of lobbying and advocacy for people like that who felt that they were being pushed out of the market by multinational corporate growers… instead of the craft cannabis market.

“That’s where most of my issues lie in this riding, more in the production side and trying to keep some if that legacy that made BC famous.”

“I think some of what the Green Party is worried about is the legal repercussions for people who have simple possession of cannabis. Trying to think about cannabis in relation to public health in the same way that governments do with alcohol and tobacco. But that public health being connected with evidence-based research and the experience of those who have worked in the field. Those are the two things that the Green Party has in its current platform.”

For more in-depth coverage of these interviews, subscribe to receive this Friday’s edition of the oz. at theounce.ca