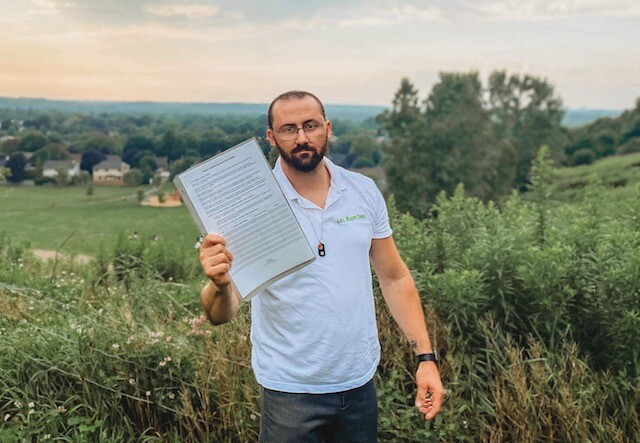 A near-death experience sent Jeremy Smith on a mission to change Canada’s cannabis laws to allow for cannabis-infused restaurants.

Smith was diagnosed last year with Crohn’s Disease and had an adverse reaction to medication, which nearly killed him. The once fit bodybuilder now struggles to climb a flight of stairs after blood clots formed in his lungs, neck, and armpit.

“I’m beyond lucky to be here right now,” he tells the oz. in an interview from his home on London, Ont.

Smith, 35, uses CBD to help with inflammation and mobility. He can’t smoke cannabis because of his lungs and he can’t eat sugary edibles because of the Crohn’s.

Restaurants that offer cannabis-infused dining are not allowed under the Cannabis Act.

Smith, who used to manage a bar, has been contacting politicians and regulators, including Health Canada, over the past year trying to figure out how to affect change so he can open a restaurant. Smith envisions a business, called ‘Les Munchies,’ that would offer nutritious cannabis-infused dishes to diners, as well as pre-made meals for medicinal purposes.

“To my disbelief, no one has been fighting for these changes,” he says. “Someone has to fight for it. It’s a lot, especially for someone who has health issues.”

Smith says he expects to have at least 10,000 signatures to deliver to the Ontario legislature.

The federal petition aims to amend legislation to permit the cooking, sale and consumption of cannabis-infused consumables at restaurants and cafés, as well as regulate the industry by having chefs attend a cannabis culinary school.

The proposed changes would also implement limitations of CBD and THC.

Sign up for the oz.'s weekly cannabis newsletter at theounce.ca for exclusive info and contests.