Are you still high? 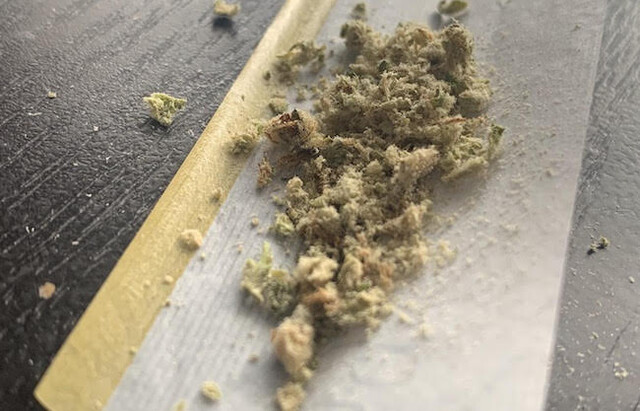 Say you smoked a joint a few hours ago. You’re feeling a little tired and your eyes are a tad red.

Are you OK to drive?

That depends on who you are – and who you ask.

Research from the University of Sydney found a window of impairment from cannabis that’s anywhere from three to 10 hours.

“Our analysis indicates that impairment may last up to 10 hours if high doses of THC are consumed orally,” says lead author Dr. Danielle McCartney from the Lambert Initiative for Cannabinoid Therapeutics.

“A more typical duration of impairment, however, is four hours, when lower doses of THC are consumed via smoking or vapourization and simpler tasks are undertaken.

“This impairment may extend up to six or seven hours if higher doses of THC are inhaled and complex tasks, such as driving, are assessed.”

A moderate dose in the study was considered 10 mg of THC, which is the limit on a single legal package of edibles.

The study also found that impairment is much more predictable in occasional cannabis users than regular cannabis users. Heavy users showed significant tolerance to the effects of cannabis on driving and cognitive function.

The question of how long someone is impaired is an especially important one in the context of impaired driving.

Another key question is how long THC stays in the body.

“THC can be detected in the body weeks after cannabis consumption while it is clear that impairment lasts for a much shorter period of time,” says Academic Director of the Lambert Initiative, Prof. Iain McGregor.

“Our legal frameworks probably need to catch up with that and, as with alcohol, focus on the interval when users are more of a risk to themselves and others. Prosecution solely on the basis of the presence of THC in blood or saliva is manifestly unjust, McGregor said.

“Laws should be about safety on the roads, not arbitrary punishment. Given that cannabis is legal in an increasing number of jurisdictions, we need an evidence-based approach to drug-driving laws.”

However, Canadian politicians and police continue to legislate and practice what McGregor calls “manifestly unjust” methods.

RCMP say officers are trained to detect if you are driving under the influence of a drug and enforce drug-impaired driving laws using standard field sobriety testing (the one-leg stand, horizontal gaze nystagmus and walk-and-turn), as well as using police drug recognition experts.

There are 1,000 certified drug recognition experts across Canada as of February, and counting.

“In addition to these tests, the new legislation (Bill C-46) permits law enforcement to use approved drug screening devices to detect the recent presence of several drugs, including any or all of THC from cannabis, cocaine and methamphetamine,” say police.

During a roadside stop, RCMP can demand an oral fluid sample if they suspect someone is driving under the influence of a drug.

In fact, Bill C-46 encourages police to take a blood sample as close to driving as possible.

“Obtaining a blood sample in a timely manner is therefore critical to proving these offences, since levels
of a drug in the bloodstream can decline rapidly after consumption, particularly for smoked cannabis,” says the bill.

That approach goes against an analysis published in the April edition of the Canadian Medical Association Journal, which argues roadside tests and so-called drug experts are not proven.

“The validity of both Standardized Field Sobriety Tests and the drug recognition expert program for cannabis impairment remains uncertain, and other methods to either complement or replace these approaches should be investigated,” it says.

With legal cannabis use increasing around the world, impaired driving laws need to catch up with the science.

David Wylie is publisher of the oz. Find print copies of the oz. magazine at Spiritleaf locations around the Okanagan, Green Gaia in Penticton and Summerland, as well as Lake Country Cannabis.
Email the author at [email protected].