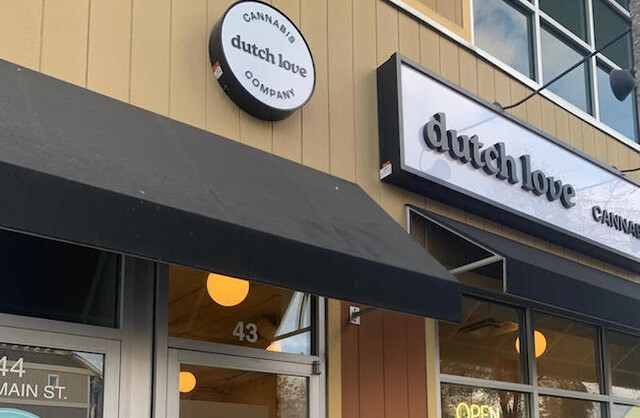 Back when Dutch Love was still known as Hobo, it made history as the first store to open in Kelowna.

Vancouver-based Donnelly Group, which owns the national cannabis retail chain along with numerous pubs, has since opened about 20 stores total.

He talked about the rebrand, what the company has learned from its experience in the hospitality industry, how they have been so successful in securing licences.

Stoker also discussed his preferred strategy to combat the illicit market, the BC Cannabis Stores’ online monopoly, how the rebrand from Hobo to Dutch Love has gone, and the impact COVID-19 has had on the company.

Q: Unlicensed cannabis stores are said to be flourishing throughout B.C. How should we go about combatting the illicit market?

A: Wishful thinking is certainly not enough. We are proactive in conversations with provincial and municipal policy makers and regulators. That perhaps is where some of our relationships are supporting and enabling us to get a little closer to the top on that one.

We have regular meetings with the provincial government; and we actually are continually writing game plans and standard operating procedures and giving them to the province to illustrate potential framework for modern retailer features — things like delivery, shipping, online sales.

It’s 2021 after all, but in cannabis retail it feels like 1992, which is bizarre. We don’t think that the province and the municipalities are going to be capable of combating it alone. We think they need to lean into the collective cannabis retail network and enable us to have modern features.

We think the best way to combat it is to put ourselves into more of an even playing field with the illicit market.

Right now those prohibitions are really putting those illicit businesses on a pedestal and making them more available to the average customer.

Q: Provincial cannabis stores are the only ones in B.C. who can both take orders online and ship through Canada Post. Is that something private retailers should also be able to do?

A: I believe that wholeheartedly. I don’t believe there’s cause for any monopoly on online sales. I don’t think that a single entity can reach the entire population.

Online retail features are even more relevant today than they were a year ago as we wade our way through this pandemic and really lean into technology more and more, and less physical engagement.

It’s wild to think that the province hasn’t reacted in kind to this pandemic and said let’s be more safe and more responsible in the way that customers transact, and remove elements of physical engagement.

Therefore, you should probably by shipping your product instead of having people come into your stores and potentially putting customers and staff in danger.

Even that hasn’t turned the tides in the opinion of the provincial government. They’re still being stubborn, if you will, and holding on to their monopoly.

Q: You recently opened a store in Lake Country, population 15,000, is there room in that small suburb for more than one store?

A: In British Columbia, specifically, we don’t really look to our regulated retail peers as competitors yet. It’s the illicit market that is our collective competitor.

The answer to that question really falls to how quickly British Columbia, culturally and from a policy perspective, can truly translate the illicit or legacy market into the regulated market. Right now, it’s moving at a snail’s pace.

Today, one might argue that there isn’t enough business, but we need to work together to translate the illicit market into the regulated market.

Both parts of the Q&A are posted in full on okanaganz.com https://okanaganz.com/oz/features/,