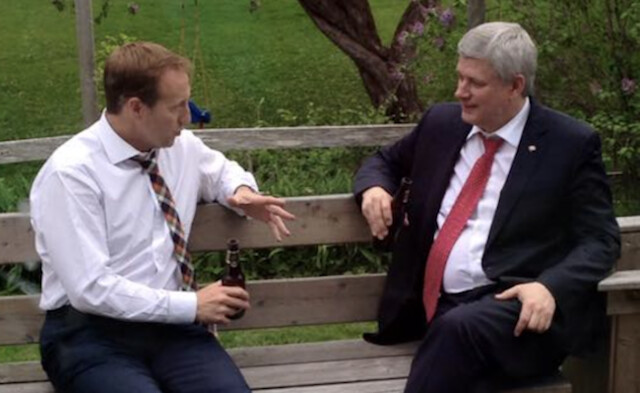 It’s high time for the Conservatives to let go of their outdated views of cannabis.

They need to distance themselves from baseless claims, such as those made on social media this week by failed Conservative Party leadership candidate Peter MacKay.

MacKay took to Twitter to attack legalization, one of his favourite drums to beat.

“It surely has not gone well in Canada ... the black market and criminal element is flourishing, the negative impacts on mental health and increased addictions are starting to be felt while national productivity slips further ... why did we do this again??”

MacKay may as well have cited the Boogeyman as his source because his claims are just as made up.

The black market is far from flourishing.

Legal cannabis sales have made a deep dent into illicit sales, now accounting for more than half of all weed transactions, according to Statistics Canada.

Legalization is also creating a brain drain for illicit operators as talented growers are wooed by the opportunity to bring their genetics to the legal market under micro-licences that are perfect for smaller craft brands.

As for mental health, there are actually groundbreaking studies underway, and legalization has created an unprecedented opportunity for researchers.

For example, the Mental Health Commission of Canada recently announced $1.4 million in funding for 14 different community-led research projects on the relationship between cannabis and mental health, including some of the first Indigenous-led studies.

While legal adult use has increased since legalization, cannabis use among Canadian teens has gone down. There are no real stats on whether addiction has increased, decreased, or stayed the same.

Finally, MacKay makes a passing reference to slipping national productivity — as if droves of Canadians are now couch-locked in an Indica-induced stupour instead of making the country’s gears turn like the good little cogs they are.

He seems to be leaning on the age-old stereotype that people who use cannabis are lazy no-good slackers. Reality doesn’t back his unreasoned bias.

Perhaps MacKay was drunk when he wrote his tweet?

This isn’t the first time he’s spouted off about his off-base views on legalizing cannabis. During the Conservative Party leadership race back in February — which he lost to Erin O’Toole — MacKay made clear he doesn’t support legalization, and further called it “a complete failure.”

“It was forced,” he said. “It was the back-of-a-napkin promise that the current prime minister had made. There’s now simply more marijuana available to more people, including young people.”

It’s time for Conservatives to put this kind of baseless talk away.

As for current Conservative leader O’Toole, he has his own cannabis skeletons in his closet.

We’re giving away a limited edition oz. tuque. To enter our upcoming draw, email [email protected] with your most groan-inducing dad joke.