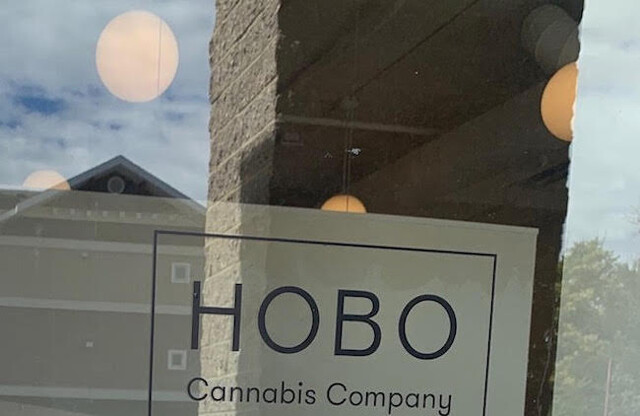 Photo: David Wylie/okanaganz.com
Hobo, now known as Dutch Love, is setting up a store in Lake Country. However, the Vancouver-based company has yet to get municipal or provincial approval.

Brick and mortar cannabis retail has come a long way in the Okanagan over two years, with licensed stores in all regions.

There are 50 legal stores now open or “coming soon” to the Valley — from Osoyoos to Enderby.

Vernon has by far the most stores, with 15. In fact, it has the second most in B.C. — second only to the Greater Vancouver area, which has 32 in total.

There are about 300 legal stores in the province.

The province has been relatively slow to approve licences in Kelowna — the biggest city in the Okanagan.

There are many still waiting on that step. Among the retailers that are open is Cheeba Cheebas, run by the same owners as well-established local head shop Mary Jane’s Headquarters.

The large number of stores in Vernon has caused some speculation as to just how many businesses can survive and/or thrive in one market — especially considering the large number of unlicensed shops along the Green Mile.

Spiritleaf Vernon was the first store to open in the Valley, and the national retail chain is the only one to have stores open in the Okanagan’s four biggest cities.

In Lake Country, one of the first stores approved in the Valley rebranded this year from Starbuds to Lake Country Cannabis. A second store seems to be pressuring to open: Dutch Love (formerly Hobo) is in the process of building a store on Main Street in Lake Country.

The company’s website says it’s opening August, yet it doesn’t appear to have city or provincial approval.

Oliver, self-declared as Canada’s Wine Capital, has enthusiastically taken to cannabis. The small community has four private stores, with a government store on the way.

(For a further breakdown of the local number of cannabis stores and a map of where they are, visit okanaganz.com.)

Meanwhile, the global market is undergoing a major cannabis growth spurt, and the pandemic has not slowed it down.

The market analyst predicts global cannabis sales will reach $47.2 billion by 2025. Top international contributors to growth include Mexico, Germany and the U.K.

As for the long-term Canadian cannabis forecast, BDSA predicts the Canadian market will grow to $6.1 billion by 2025.

“While the 2020 forecast is down less than one per cent from the forecast released earlier this year, cannabis sales year to date have swung wildly in different states as a result of COVID-19,” said Roy Bingham, co-founder and executive chairman of BDSA.