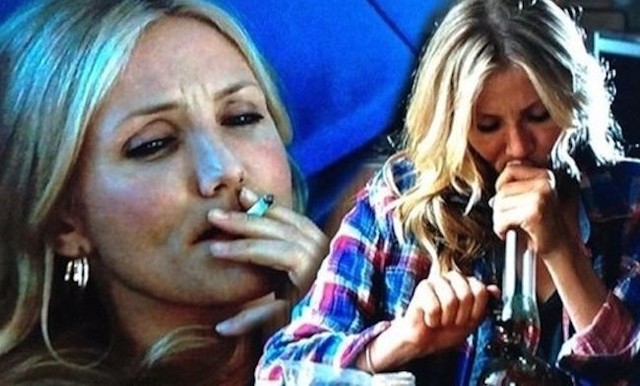 It’s not just Snoop Dogg, Willie Nelson and Seth Rogan who use cannabis. There’s a host of celebrities who partake in pot or advocate for legalization, some who may surprise you.

Kim Kardashian is one of the latest to come out of the cannabis closet. She revealed her CBD use to People Magazine.Between Keeping Up with the Kardashians, raising four kids and running a bunch of businesses, the 38-year-old media mogul says she relies on CBD to help her relax.

Patrick Stewart also likes to space out with cannabis. In fact, the actor who played Capt. Jean-Luc Picard and Professor X, is an advocate for medicinal cannabis. In his 70s, he uses it daily to help ease arthritis pain.

Celebrity darling Oprah Winfrey was outed by her best friend Gayle King, who opened up on The Ellen Show, saying Oprah has smoked a little weed. She wouldn’t say any more than that.

Barack Obama first admitted he used to puff in his 1995 memoir Dreams From My Father, where he described a bunch of instances in his youth when he smoked up. Obama took a sabbatical from his cannabis-use during his political tenure.

Since becoming an ex-president, Obama may have taken up the habit again, according to author Ed Klein. In his book, All Out War: The Plot to Destroy Trump, he reveals Obama likes to spend his time “playing video games, chatting on the phone with celebrity pals, smoking cannabis and popping cannabis gummy bears.”

We always suspected Rachel needed a little something, something to put up with Ross on Friends. It turns out Jennifer Aniston did have a bit of a reputation as a pothead. She told Rolling Stone in a 2001 interview:

“I mean, I enjoy [pot] once in a while. There’s nothing wrong with that. Everything in moderation.”

Drew Barrymore has been dabbling with cannabis since she was only 12, according to her 1991 autobiography Little Girl. She was caught on camera passing a joint to Cameron Diaz on a Hawaiian beach in 2007.

He needs no introduction; Stephen King has been open about his struggle with alcoholism and drug addiction. King is, however, a public cannabis advocate. He’s called the laws against weed “ridiculous” — telling High Times that:

“marijuana should not only be legal, I think it should be a cottage industry. It would be wonderful for the state of Maine. There’s some pretty good homegrown dope.”