Weed was the big loser 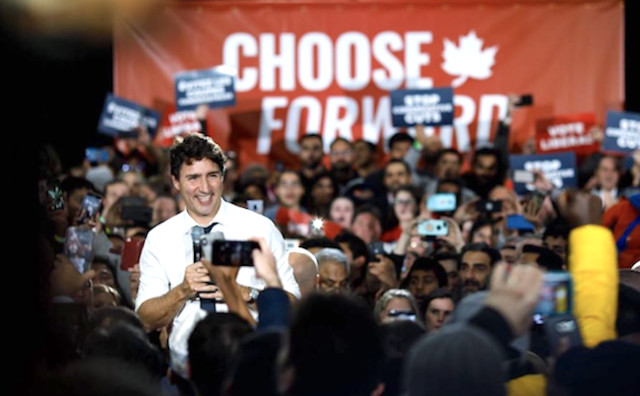 During the federal election campaign, cannabis was on the back-burner.

Nobody was opposed to it, but nobody was in favour of it either. Most parties didn’t even give it a line in their platform. This, despite the fact that the sector has created a remarkable number of jobs and investment over the past few years.

On the one hand — as our good friend at The Cannabis 101 Podcast pointed out during our post-election chat [Episode 21 at 56:45] — if legalization isn’t being politically ripped apart at every turn, it’s not a disaster.

On the other hand, why aren’t we discussing the future of cannabis at this important juncture? The eyes of the world are on us.

Former Canopy Growth chairman and co-CEO Bruce Linton was troubled by the silence of Canadian politicians on cannabis during the election. He spoke to Bloomberg, predicting that it will cost us on a world stage if that persists.

“This is the only segment Canada has a leadership position on hands down compared to every other nation on this planet, and I’d like to have the feds step up and actually say we’re going to have our trade commissioners push it,” he said.

With a Liberal minority in the House, the expectation is that cannabis will proceed as planned.
Liberal insider Omar Khan told The Leaf News that there's simply no political pressure for any change.

"I think (the Liberal government) will tinker around the edges, particularly as it pertains to various public-health issues, but unless they're pushed, unless the industry can show them a political, on top of policy, rationale for doing something big or bold, no government is going to go out on a limb for an industry that is not willing to go out on a limb for itself," said Khan.

The Liberals will need some support to hold on to power, and that’s likely to come from the NDP. New Democrats had little to say about cannabis, only that they’d “proactively expunge criminal records for Canadians convicted of minor cannabis possession.”

We hope the Green Party’s promise to remove the sales tax on medicinal cannabis products somehow gets pushed forward through political co-operation.