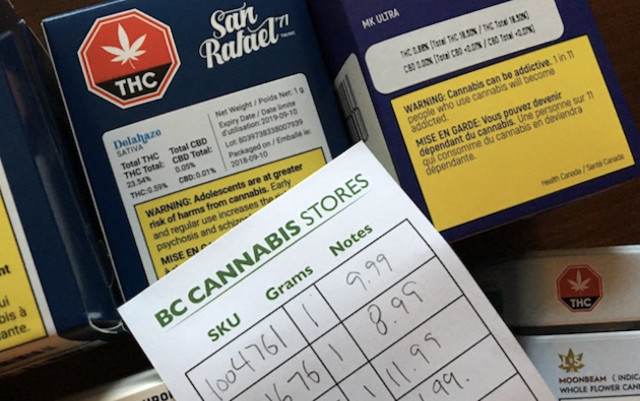 In less than a week, cannabis will have been legal for one year in Canada.

The sky hasn’t fallen; emergency rooms haven’t been overwhelmed with pot overdoses; there’s been no marked increase of people driving high; and the streets aren't filled with smoke.

Here's a short history of the past year in cannabis:

The biggest benefit is, of course, no more prohibition. Those who have been convicted in the past of possession can be pardoned fast and free.

Consumers have more choice, better information, and (some) reassurances that their product is consumer protected. Normalization is happening.

A lucky few legal stores have their licences, as many retailers continue to go through the financially (and emotionally) exhausting licensing process.

Illegal stores have been facing an ongoing crackdown, but mail-order marijuana is still going strong. Stores on Indigenous land remain a grey area.

It’s clearly been a learning curve to grow cannabis on such a commercial scale. From a consumer perspective, quality and value have been hit and miss.

Investors have been mauled by a bear market — everything from:

On average, those investing in the top 10 largest cannabis producers have seen a negative return of 57% says the Financial Post. Few have been spared.

Scrolling through Instagram, it seems home growers have had a lot of fun dipping their green thumbs into the experience of growing weed alongside their tomatoes and sunflowers.

(That is, when their cannabis plants aren't being chopped down by police.)

Also note, the right to grow your own is on the table in the upcoming federal election.

Meanwhile, fear of vaping is lingering like a big ol’ smoke cloud.

It seems like every day there’s a new story about serious illness or death in the U.S. related to vaping — and we’ve seen a small number of cases in Canada.

Here is some useful info from health officials.

The Centres for Disease Control and Prevention is investigating more than 800 American cases of people suffering from severe pulmonary illnesses.
The CDC has recommended that people refrain from using e-cigarette or vaping products — particularly those containing THC.

They found things in common among patients:

Health Canada is advising Canadians who use vaping products to monitor themselves for symptoms — including cough, shortness of breath and chest pain — and to seek medical attention promptly if they have concerns about their health.

Be upfront with doctors and nurses about your vaping habits, including if you use oils from illegal or unregulated sources.