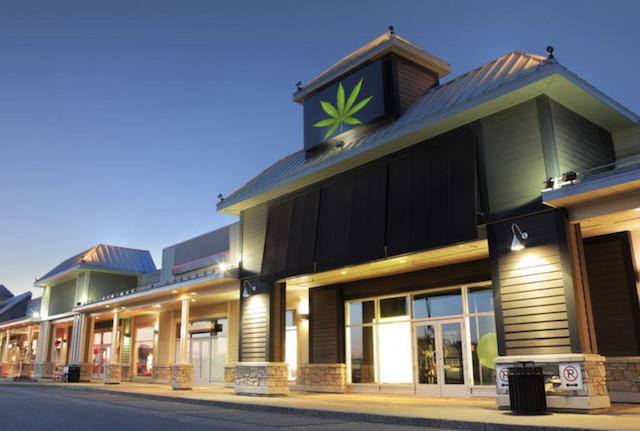 If you think the painfully slow retail rollout in B.C. is bad, take a little trip over to Ontario.

Like a game of Monopoly, it’s a roll of the dice in Canada’s most populous province to see where the cannabis players land.

The province uses a lottery to determine who gets to open up a retail cannabis store. They announced the latest 42 lucky ones randomly generated from the 4,864 eligible expressions of interest.

It’s been a clumsy roll-out, with glaring gaffes.

Among the latest winners is the address of the province’s most notorious black market shop — Café. The dispensary has been subject to police raids, arrests, and cement barriers blocking entrances. In defiance, they continued to sell weed on the sidewalk outside, even putting up a mocking sign with their pop-up operating hours.

Now a numbered company with its address at the illegal store’s location at 104 Harbord Street in Toronto won a licence. It’s unclear if the people behind the company are owners of the black market chain, but the connection is being made.

The lottery resulted in other anomalies, including a dumb distribution of stores. The small town of Innisfil (population 30,000), for example, gets three stores — two side by side, even — while bigger municipalities, like Etobicoke, are underserved.

“Ontario has now run two insane cannabis retail lotteries,” she says. “No other business gets a business license in this random fashion. Why does cannabis?”

Roach, who is the founder of Hotbox, says the lottery system “breeds corruption, regulatory loop holes, and worst of all it has no merit-based need for entry.”