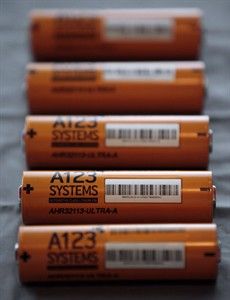 Photo: The Canadian Press. All rights reserved.
ICanada's environmental regulations have lagged behind the global rush to develop deposits of lithium, a rare metal found in the rechargeable batteries, says a new report. THE CANADIAN PRESS/AP, Paul Sancya\

Canada's environmental regulations have lagged behind the global rush to develop deposits of lithium, a rare metal found in the rechargeable batteries that power millions of iPads, smartphones and laptops, says a new report.

But Canada has little historical experience of lithium extraction, and existing environmental regulations are not well-tailored to the burgeoning industry.

"The Metal Mining Effluent Regulations do not specifically regulate all of the individual substances of concern that might be released from the mining or processing of rare earth elements and lithium," says the report.

The regulations "were not specifically designed to manage the environmental aspects of these mining processes."

The March 2012 report, commissioned by Environment Canada, was obtained by The Canadian Press under the Access to Information Act.

Canada has just one functioning lithium operation, the underground Tanco Mine at Bernic Lake, Man., that produces a lithium-containing ore known as spodumene, along with other minerals.

But soaring world demand for lithium, largely for use in the lithium-ion batteries that power a constellation of electronic devices and some vehicles, has sent more prospectors into the field.

Canada Lithium Corp. (TSX:CLQ) has been rejuvenating an old lithium mine 60 kilometres north of Val d'Or, Que. Production is slated to begin later this year, with on-site refining of the spodumene ore into lithium carbonate early in 2013.

The Quebec government issued a mining licence in June for the $207-million open-pit mine, though an environmental assessment is still underway.

And at least three companies are considering lithium-extraction operations using a brine-water process in an area of Alberta about 200 kilometres west of Edmonton. Those plans are in the early stages, and no environmental assessments have been completed, says the report.

Last summer, Environment Canada ordered a review of the lithium and rare earths sector in anticipation of surging interest and "to ensure that the current requirements of the (regulations) are adequate."

Rare earths are exotic elements such as scandium and yttrium that are also vital to the electronics industry, including their use in flat-screen technology.

The $17,600 study by Cheminfo Services Inc. says that radioactive thorium is the byproduct of most concern in rare-earth mining and processing, still in its infancy in Canada.

Lithium extraction is somewhat more advanced in Canada. Hard-rock mining of lithium may have a lesser environmental impact than lithium produced through evaporation of brine, as proposed in Alberta.

Neither process is specifically referred to in the Metal Mining Effluent Regulations, and the consultants suggest the regulations may need to be changed to include brine processes. Provincial regulations may also apply.

Cheminfo also says one federal backstop to the mining regulations is a section of the Fisheries Act, which prohibits the deposit of deleterious substances into waters frequented by fish.

But the report was completed in March, a month before the Conservative government watered down many environmental protections in the Fisheries Act, through the omnibus C-38 budget bill, raising questions about its continued effectiveness.

A spokesman for Environment Canada said the department has no plans to revise the mining effluent regulations.

"There are currently no plans to have new requirements outside of the existing provisions of the regulations," Mark Johnson said in an email.

He noted that the report cited a regulatory gap for brine extraction, which is not currently practised in Canada.

"(Hard-rock) lithium mining from spodumene, which is the most common approach to lithium mining, is quite similar to other mining processes already covered by the MMER."

The study also cites forecasts suggesting there may be a world oversupply by 2020 as more players develop lithium mines and extraction facilities.

Global use of lithium, the lightest metal in the periodic table, has doubled since 2000 while prices have tripled.