Bullish outlook for base metals 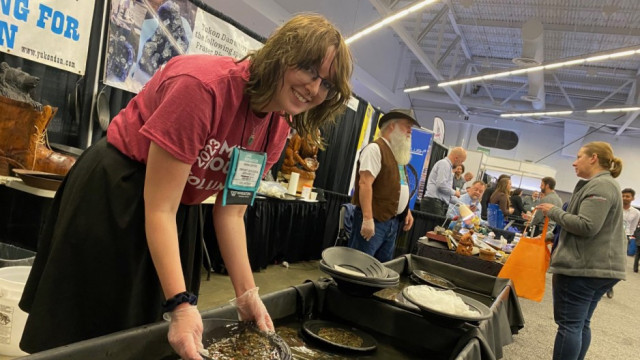 There’s no way enough mines can be built on time to meet net zero energy transition targets on the timelines policymakers have promised, but industrial metal miners – especially lithium and nickel miners – could get very rich trying.

That was one of the takeaways from a commodities outlook Tuesday for industrial and battery metals at the Association of Mineral Exploration (AME) Roundup conference in Vancouver.

There are numerous macroeconomic factors that could affect commodity prices in 2023, including inflation and recession. Global economic growth is expected to be a tepid 2.2 per cent in 2023, with China leading the growth at 4.8 per cent.

Despite that weak growth, the outlook for industrial metals is bullish for 2023, according to Tom Brady, managing director of Capitalight Research. He predicted strong prices for metals like aluminum, copper, zinc, nickel and lead.

He suggested the next supercycle for industrial metals will be driven, not just by the energy transition, but population growth and increased urbanization, and not just by demand, but a lack of supply.

“One of the things that is going to be a differentiator with the next metals uptick cycle is that it’s going to be more supply driven than the other four, which were much more demand driven,” Brady said.

He pointed to population growth projections – an additional 1.7 billion people by 2050 -- as well as more “megacities” of 10 million or more in places like India and Africa as one of the drivers of industrial metal demand in the coming years and decades.

He noted that 40 per cent of the demand for copper is for electrical infrastructure and 30 per cent from buildings and construction.

Layer on top of that an increasing demand for things like copper and nickel for a low-carbon energy transition, plus the time it takes to bring new mines into production, and it all adds up to supply constraints and high prices.

Because of those supply constraints, Brady cautioned against “unrealistic expectations” for the energy transition happening on the hoped for timelines.

“We are just going to remain in a fossil fuel driven economy for years to come,” he said.

Global automobile sales are expected to double to 125 million by 2030, he said, 35 per cent of which would need to be battery electric. That would need to rise by 60 per cent electric to meet net zero by 2050 targets.

For lithium alone, that would require a threefold increase in lithium mining in seven years, he said, and a fivefold increase to meet 2050 targets.

“This is unrealistic to expect that kind of transition,” Brady said.

A number of new lithium mines are expected to begin producing soon, including in Quebec.

But by the end of this decade, Mark Ferguson, research director for S&P Global, said  “there is a deficit that can’t be met by the known suite of late stage assets.”

Lithium prices are expected to remain so high that Ferguson said lithium concentrate projects that can be brought into production on time could have payback periods of less than six months.

“Very healthy potential returns,” he said. “But a lot of assets that are under construction are struggling to meet their expected timelines.”

Ferguson said he expects the lithium market will be in “persistent deficits” through 2027, with prices to stay above US$40,000 per tonne.

“We don’t anticipate returning to price levels of, say, 2021 for lithium,” he said. “Higher prices are clearly here to stay.”

After lithium the next hottest metal for the electric battery boom is nickel. Nickel demand is expected to grow by 1.2 million tonnes by 2026, with Indonesia meeting much of the new supply, Ferguson said.

In 2021, battery electric vehicles accounted for only 5% of global nickel demand, Ferguson said.

“That’s expected to more than triple through 2026,” he said.

Ferguson noted that some of the projections for electric vehicle growth by 2030 are “pretty aggressive numbers.”

“It will be interesting to see how higher prices for batteries eat into or suppress some of the demand.”