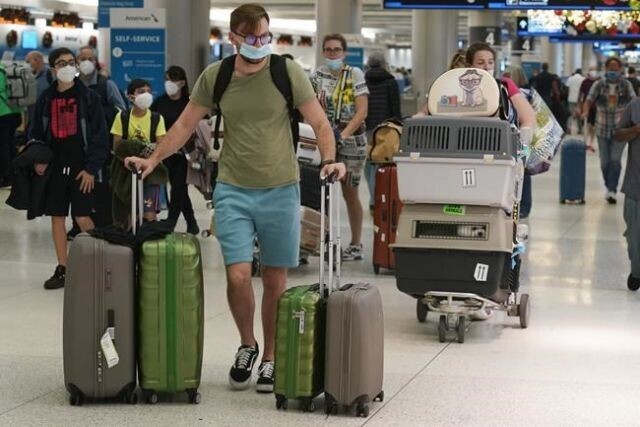 The purported end of the COVID-19 pandemic was expected to bring some relief to industries that were deeply affected by shutdowns and mandates.

It has not been particularly easy for some. We recently learned that British Columbians are not spending as much as they used to on restaurants, as concerns about inflation are negatively affecting monthly budgets.

When it comes to travel, British Columbians are disposed to turn the page. The pandemic caused significant problems for those who wanted to get away during two holiday seasons. In late 2020, the world continued to await the arrival of vaccines, and countries all over the world established stringent entry rules. In late 2021, the emergence of the Omicron variant compelled residents to again stay at home, even if many had already received at least one shot of the COVID-19 vaccine.

In late 2022, with high vaccination rates and the end of restrictions in other provinces and countries, British Columbians are ready to embark on trips again. A survey conducted this month by Research Co. and Glacier Media outlines a province where many residents are looking forward to leaving home behind temporarily.

Just over half of British Columbians (51 per cent) are planning to spend at least one night away from their current location in the next three months, up seven points since the last time we asked in November 2021. Two groups stand out as particularly eager to get away: British Columbians aged 18 to 34 (63 per cent) and those in the highest household income bracket (65 per cent).

Last year, British Columbians were decidedly preoccupied with the way the pandemic could wreak havoc on their plans. At the time, three in four of the province’s residents (75 per cent) told us that they were “very concerned” or “moderately concerned” about getting infected with COVID-19 during a trip. This month, the proportion has fallen by 12 points to 63 per cent.

We are still worried, but not as much as we used to be. Concerns about infection during a trip are highest among British Columbians of European descent (73 per cent) and drop among residents whose origins are East Asian (62 per cent), South Asian (56 per cent) and Indigenous (49 per cent).

We continue to see just over three in four British Columbians (76 per cent, down one point) expressing concerns about losing money due to cancellations. Recent stories about flight delays caused by sick crews may be playing a role in our expectations.

In any case, it is clear that our collective frame of mind is better now than a year ago. We have majorities of residents who are willing to travel in two specific ways right now: Hopping on a ferry (56 per cent, up 10 points since November 2021) and taking an airplane flight to another province (54 per cent, up 18 points).

There is a bit of a generational divide on some of these actions. British Columbians aged 55 and over are the biggest fans of the ferry trip (58 per cent), while airplane flights to another province are more favoured by their counterparts aged 18 to 34 and aged 35 to 54 (each at 58 per cent).

The numbers suggest that British Columbians want to enjoy the trips that they had to postpone for the past two years because of the COVID-19 pandemic. Some hesitation remains, but every form of transportation tested gets a higher level of endorsement from residents now than in 2021. This can only mean good news for an industry that has experienced hard times.