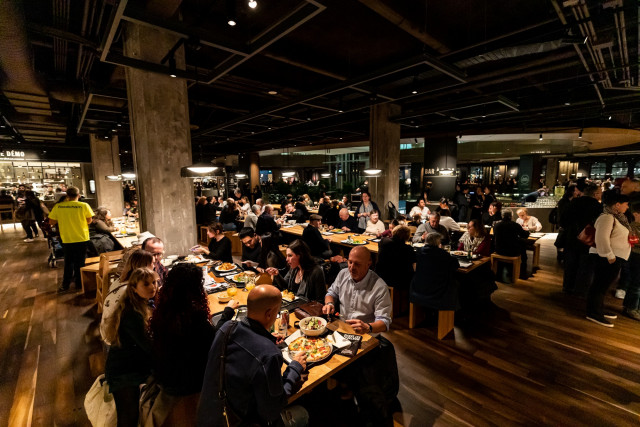 Photo: Time Out Montreal/Facebook.
Time Out has opened markets in Lisbon, Dubai, New York and Montreal.

A European brand known for its magazines and media presence has big plans for the Oakridge development.

London's Time Out, which first published magazines in 1968, launched a series of markets in 2014 when they opened their first location in Lisbon, Portugal. Since then they've opened several more, including Chicago, Dubai, and New York. The first one in Canada welcomed customers in Montreal in 2019.

The Oakridge location will be massive, with 69,000 square feet over two levels in the shopping centre. Plans are to showcase a curated collection of the best in culture and cuisine, according to a press release, with an opening date set for late 2024.

"Visitors will get to taste food from top local chefs and renowned restaurateurs, sip cocktails from award-winning mixologists and enjoy music and entertainment from rising talents," states a press release about the market.

On level one patrons will find 17 live cooking kitchens, three bars, and a coffee shop alongside a stage, art and cultural space, and an open-air patio. Above, on the mezzanine, there will be a cocktail lounge, event space, and a demonstration kitchen. Seating for 1,400 is planned.

"Oakridge Park is a visionary development with a strong sense of community making it a great location for Time Out Market," says Time Out CEO Chris Ohlund in the release.

While there are currently seven Time Out Markets open, Vancouver's is one of many being planned, including London (England), Osaka (Japan) and Cape Town (South Africa).