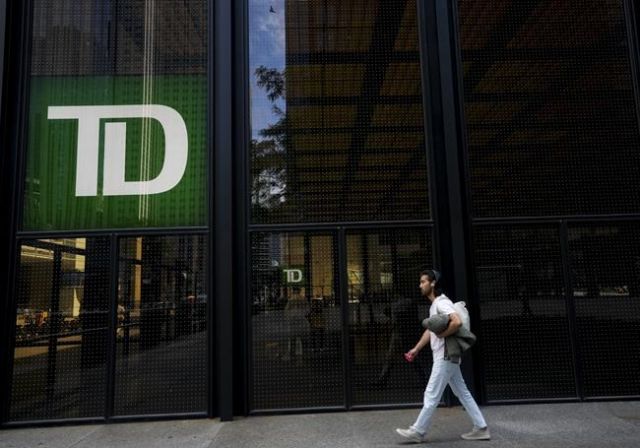 Photo: The Canadian Press
A man walks past the TD Bank in the Bay Street Financial District in Toronto on Friday, August 5, 2022.

TD Bank Group's proposed takeover of Memphis-based First Horizon Bank is the issue before a public meeting Thursday where community members are being given a forum to voice their opinions on the deal.

The virtual meeting is being convened jointly by the Federal Reserve Board and the U.S.Office of the Comptroller of the Currency, which are reviewing the proposed US$13.4 billion deal.

The meeting comes as TD has faced renewed criticism in recent months for allegedly aggressive sales tactics in the U.S., including from Senator Elizabeth Warren who has called for the merger to be blocked until the bank is "held responsible for its abusive practices."

TD agreed to a US$122 million settlement with U.S. regulators in 2021 stemming from illegal overdraft practices, while an investigative report released in May alleged that problematic practices continue at the bank, something the bank had strenuously denied.

The federal agencies also held a public meeting in mid-July for BMO's proposed US$16.3 billion takeover of Bank of the West, where numerous community groups urged the deal be blocked until a strong community benefits agreement can be reached.

The bank also faced criticism for the proportionately low number of mortgages granted to Black and Latino borrowers, while numerous community groups that have received funding from BMO voiced their support of the deal.