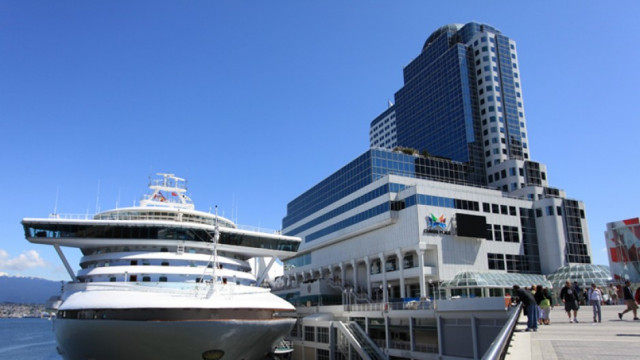 Photo: BIV files.
A cruise ship is docked at Canada Place in Vancouver

Cruise lines have announced plans to stop requiring passengers to show proof of being vaccinated before boarding ships in parts of the U.S. and Europe.

Canada, however, has so far not shown any indication that it will follow those countries by changing regulations to make it easier to board ships and industry insiders told BIV that they are unaware of any lobbying efforts to nudge Ottawa to do that.

Norwegian was first out of the gate earlier this week when it posted a notice on its website saying that starting Sept. 3, it would not require passengers show proof of vaccination unless local laws required it.

Royal Caribbean then said that starting in September it will no longer require proof of vaccination on ships that depart ports in California, Louisiana, Texas, and any country in Europe.

Carnival-owned Princess Cruises said in a news release today that it will also remove vaccination requirements on "most voyages of less than 16 days" starting Sept. 6.

Princess Cruises said its rationale to end the vaccine requirements were to ensure that "anyone can cruise." It remains to be seen whether having fewer COVID-19 restrictions will attract more passengers than it repels.

He told BIV that ships on the Vancouver-to-Alaska run have been operating with considerably fewer passengers than pre-pandemic. In May and June, ships carried 283,762 passengers out of Vancouver, he said. That is down more than 29 per cent compared with 400,499 passengers in those months in 2019.

"At the same time, we saw an increase in the number of ship calls," he said. "So we had actually more ship visits, but fewer passengers overall."