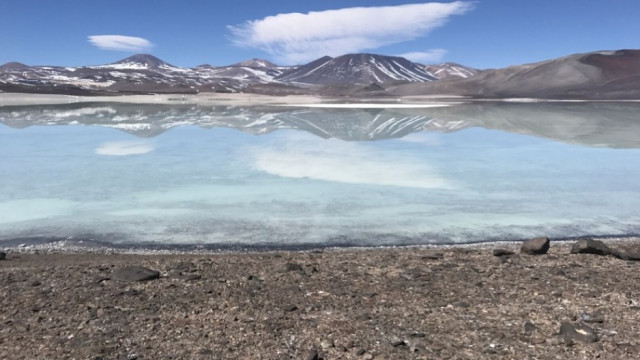 Photo: BIV Archives.
A Chilean salar -- a brine lake from which lithium can be extraced.

A Vancouver-based junior mining company focused on a lithium salar mine project in Chile and a former CEO of the company have agreed to pay $35,000 in penalties for misleading advertising.

According to the British Columbia Securities Commission (BCSC), Bearing Lithium Corp. (TSX-V:BRZ) misled potential investors through an advertorial promoting the company and its lithium project without properly disclosing that Bearing had paid for the promotion.

The company had hired Stock Social Inc. to write an advertorial that was published and posted on newswires, and on Twitter, LinkedIn, Facebook, investFeed and iHub, according to the BCSC.

“The advertorial was written to look and read like objective journalistic content, but did not disclose that it was issued on behalf of Bearing, nor did any of the social media posts make such disclosures," the BCSC says in a press release.

That is a violation of the Securities Act, which requires anyone engaged in investor relations on behalf of a publicly traded company “to clearly and conspicuously disclose when promotional materials are issued by them or on their behalf.”

Bearing admitted it had violated the Securities Act by failing to disclose promotional materials had been issued on Bearing’s behalf. Former Bearing CEO Jeremy Arthur William Poirier admitted his involvement in the misleading promotion.

Chile has the world's largest known lithium reserves. Lithium is a critical component of lithium-ion batteries.