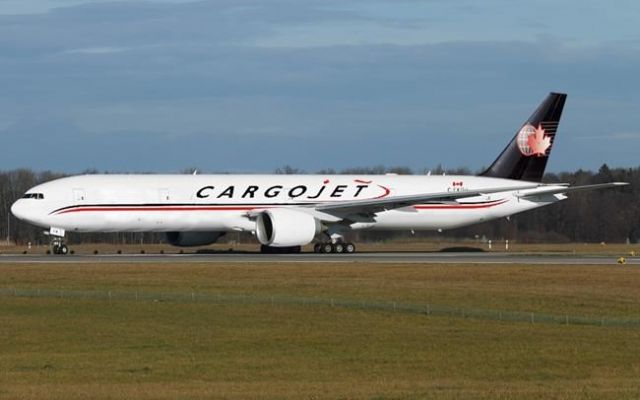 Cargojet Inc. reported high-flying revenues in its latest quarter despite falling e-commerce demand, as the air cargo outfit seized on the mess of delays plaguing passenger airlines — which also carry freight onboard — to shore up its business.

CEO Ajay Virmani said turmoil at airports across the globe has left the runway open for dedicated air freight companies to pick up the cargo slack left by large passenger airlines, which are scrambling to focus their resources on travellers amid a staffing shortage.

"The cargo business is just an orphan at the present time with these kinds of carriers," Virmani told investors on a conference call Wednesday. "We do not have any other distractions."

The company's on-time performance, a key industry metric, rose above 98 per cent last quarter, its highest in the past two years, he said.

"Many shopping malls are being redeveloped for residential and commercial use. These stores are gone forever," he said, taking a historical view.

"The last full cycle for mail-order business lasted from 1870 to 1940. This period was dominated by mail-order catalogs by large department stores such as Eaton's, Simpson's and Sears ... We expect the new e-commerce cycle that began in 2000 to have a similar life cycle," he said.

"This is a generational shift."

Based near Pearson airport in Mississauga, Ont., Cargojet reported net income of $160.9 million in the three months ended June 30 versus a net loss of $11.1 million in the same period last year. Second-quarter revenues leaped to $246.6 million from $172.1 million a year earlier.

Revenues beat expectations by nine per cent, while adjusted earnings per share of $1.51 surpassed those of $1.36 per share from the previous year but fell slightly short of median forecasts of $1.59 per share, according to financial data firm Refinitiv.