More than half of domestic flights to large airports delayed, cancelled

Half of all flights delayed 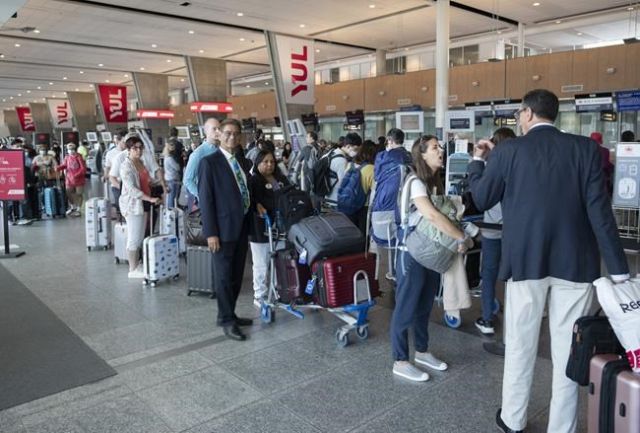 An analytics firm says a majority of domestic flights to some of Canada's busiest airports were delayed or cancelled over the past week.

Data Wazo says 54 per cent of flights to six large airports were bumped off schedule in the seven days between June 22 and 28.

Some 38 per cent of the flights were delayed while 16 per cent were scrapped altogether.

Airlines and the federal government have been scrambling to respond to scenes of endless lines, flight disruptions and daily turmoil at airports — particularly at Pearson — a problem the aviation industry has blamed on a shortage of federal security and customs officers.

Ray Harris, who heads the Fredericton-based data company, says the flight statistics are based on arrivals page snapshots from various intervals throughout the day.