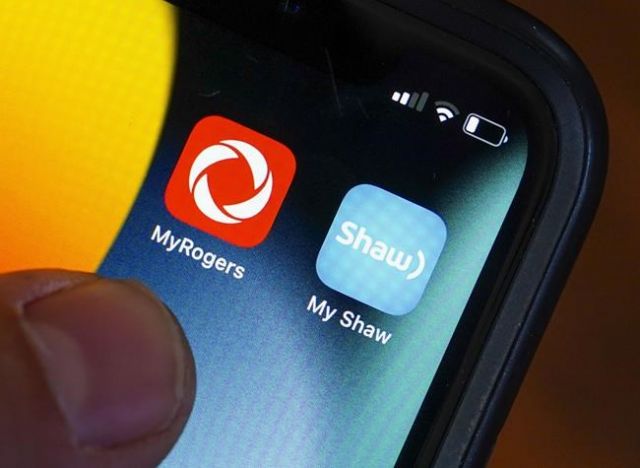 Photo: The Canadian Press
Rogers and Shaw applications are pictured on a cellphone in Ottawa on Monday, May 9, 2022.

The first scheduled mediation period is July 4 and 5, according to the Competition Tribunal. Public hearings before the tribunal were previously scheduled to begin this fall.

The mediation announcement comes just one week after Rogers announced it would sell Shaw-owned Freedom Mobile to Montreal-based Quebecor Inc. for $2.85 billion in an attempt to ease the Competition Bureau's concerns about the combination of Rogers and Shaw.

The competition watchdog has been trying to block the deal, arguing that it would ultimately result in less choice in the telecom market and lead to higher bills for consumers.

Rogers, Shaw and Quebecor argue the Freedom deal would keep alive a "strong and sustainable" fourth wireless carrier in Canada.

The Rogers-Shaw transaction already has approval from shareholders and the Canadian Radio-television and Telecommunications Commission, but remains subject to review by the Competition Bureau and the Minister of Innovation, Science and Economic Development.