Little labour relief expected for BC businesses this summer 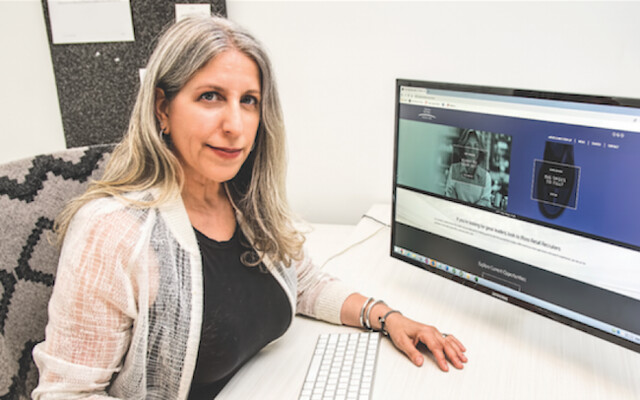 School’s out for summer, and B.C. employers are desperate for young workers to fill open jobs at restaurants, shops and tourist attractions.

But a flood of applications offering relief looks unlikely to materialize to meet pent-up demand for quintessential summer jobs, according to experts in the food, hospitality and retail sectors.

“We do expect we will get somewhat of an uptick but not enough to actually put a dent in the plus-30,000 people that we’re short,” said Ian Tostenson, president and CEO of the BC Restaurant & Foodservices Association.

“Governments can talk about those skills development [programs], but what we’re up against here, frankly, is a lack of people.”

Employers that once counted on young people to take on work during busy summers find themselves pitted against each other in a white-hot job market. At the same time, consumers’ savings accounts have grown while staying home during much of the pandemic, creating even more demand for travel and hospitality.

Tostenson said some customers are now rankled when they walk into a restaurant filled with empty tables only to be told it will be a 15-minute wait to be seated.

“Well, that’s because there’s no servers,” he said.

His industry group is embarking on a campaign to recruit more young people into the industry via outreach to their parents as well as through social media.

One enduring problem is that COVID-19 restrictions during the first two years of the pandemic meant that many left the industry permanently and have little interest in returning, Tostenson said. That attrition is now being exacerbated as the return of concerts and pro-sports games are drawing more people to downtown Vancouver to drink and dine at local establishments before and after events.

“Last summer, we didn’t have the demand that we have [now],” Tostenson said.

Food service sales reached $6.8 billion across the country in March 2022 – the first time in the pandemic those sales have exceeded pre-pandemic levels, according to Statistics Canada data.

Meanwhile, the BCRFA is calling on Ottawa and the B.C. government to implement an initiative similar to the Atlantic Immigration Program, which streamlines the entry of skilled foreign workers into those provinces to meet labour demand.

“If we had domestic workers, that would be great. But we don’t, so we have to move to skilled workers immigration,” Tostenson said.

Tourism and retail are also facing a dearth of workers as the summer approaches.

Statistics Canada data released Friday revealed the province’s unemployment rate in May fell to a three-year low of 4.5 per cent as the tourism and hospitality industries recruited thousands more workers. Simply, there are fewer and fewer workers living in B.C. to recruit.

“Households accumulated a massive $300 billion savings stockpile during the pandemic as health concerns and pandemic lockdowns restricted spending on leisure and hospitality services,” she said in a June 8 analysis.

“Put in context, that’s three times what Canadians spent annually on tourism prior to the pandemic. And those savings have been disproportionately concentrated among higher-income households that typically spend more on discretionary purchases, including travel.”

Fan said the question is now whether the tourism industry can meet demand as sectors across the country face a labour crunch. Such demand is setting the stage for higher wages within the industry, she added.

That’s up 55 per cent since April 2020, when pandemic-induced restrictions saw the industry shed 98,500 jobs in just one month to leave only 179,000 tourism workers still employed in B.C.

“While this is a very positive sign that workers are returning to tourism occupations, the impacts of the COVID-19 pandemic persist as the tourism labour force remains 217,500 workers short of the sizable pre-pandemic total,” Tourism HR Canada said in a May 2022 analysis, referring to the 2.1 million workers employed in the sector in April 2019.

While this might point to signs of imminent recovery, the federally funded non-profit organization said labour shortages have been a “pressing challenge” for the industry since the start of the year.

But he believes there is hope more former retail workers will return to the industry as the economy slows and other in-demand jobs dry up.

“The majority of those jobs are in accommodation and the food sector industry, and they’re competing for talent from each other.”

Her firm specializes in recruitment within the retail and hospitality sectors.

Ross recalled that there were similar labour shortages in Western Canada from 2005-08, but the country has otherwise never experienced the present conditions.

And like the restaurant industry, Ross said retail faced a mass exodus of talent because of the pandemic, leading to an “erosion of trust” among long-time workers.

“A lot of students who worked part time will work full time now, so that will be helpful as temporary relief.”

Ross added that she still expects labour shortages to remain acute this summer and beyond.

In a followup email, Ross said it’s also time for the industry to boost hiring among older workers.

“They are often locked out of opportunities in our sector because of age discrimination and hiring biases,” she said.

For now, retailers face reduced hours of operations and additional costs associated with overtime pay for the few workers they have, as well as offering more flexible hours and paid time off to attract new employees.

“Which doesn’t really help considering there’s already a shortage of employees working the hours that are necessary,” she said.

“The social contract of work is being rewritten.”