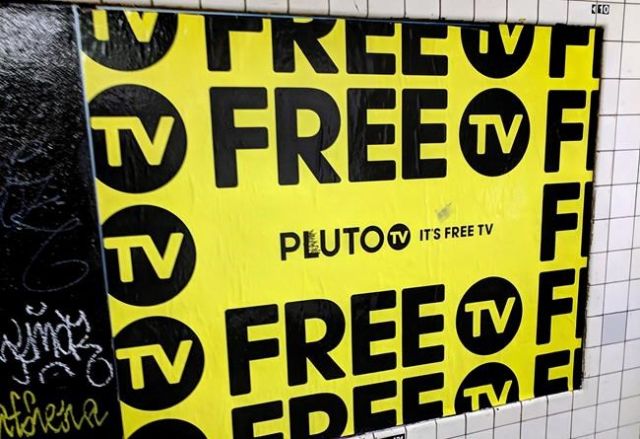 Photo: The Canadian Press
In this March 14, 2019, photo an advertisement for Pluto TV is displayed on the wall of a subway station in New York. THE CANADIAN PRESS/AP/Tali Arbel

Free streaming service Pluto TV is coming to Canada this fall, the latest in a growing number of ad-supported alternatives to Netflix and other subscription platforms.

Corus Entertainment says it has partnered with the service's owner Paramount Global, formerly ViacomCBS, to roll out more than 100 channels of streaming TV series, movies, sports and other shows.

Under the deal, Toronto-based Corus will oversee advertising placement on the service in Canada and supply Corus original programming in a variety of genres.

Pluto TV is the latest brand to step into the underdeveloped Canadian market of "live TV" streaming options, which provide a diverse selection of free programming with ad breaks and streams in a continuous feed, rather than offered on-demand.

The design of "live TV" services evokes the experience of channel surfing with an on-screen programming guide that outlines the schedule.

Details on Pluto TV's Canadian line-up haven't been announced, but in the United States the company serves up channels that dive deep into fandoms, including ones dedicated to "Star Trek," "Hell's Kitchen" and "C.S.I." marathons.

In Canada, the Roku Channel is one of the few comparable services. Its channels include one dedicated to Canadian films, a marathon of "Baywatch" and several devoted to music videos from the 1980s, 1990s and other niches.

Pluto TV arrives as some industry observers suggest an explosion of paid streaming services in recent years has led the market to a saturation point. That may leave an opening for companies looking to sell a no-commitment alternative to consumers looking to reduce their monthly bills.

Executives at Disney have said they intend to launch a lower-cost, ad-supported plan for Disney Plus starting later this year in some markets.