Side gigs and spreadsheets: How two Canadians paid down their student debt faster

Digging out of student debt 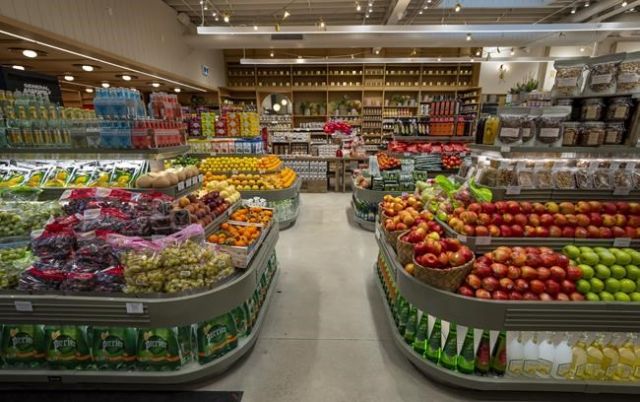 Ashley MacPherson, a 33-year-old pharmacist based in Vernon Bridge, P.E.I., owed $128,000 between provincial and federal student loans, as well as a student line of credit, after graduating in 2015.

It wasn’t until a financial scare in 2019, however, that MacPherson became serious about her finances.

Six months into her first maternity leave, MacPherson’s top-up ended and she realized her and her spouse didn’t have enough money to cover all of their bills for the following month.

To ensure they didn’t climb further into debt, the couple cut all unnecessary spending and sold items they no longer needed, such as purses, watches, old baby items, old bridesmaid dresses, and her husband even sold his motorcycle.

Paying down student loans can be rife with economic challenges and setbacks, but consciously tracking your spending and finding ways to bring in extra income can help speed the process along, say post-secondary graduates who have successfully paid down large sums.

“We didn’t go out to eat,” MacPherson added. “I avoided stores and the mall like the plague.”

To continue putting extra cash toward debt, the couple doubled down on their grocery budgeting. They built meals around what food was already in the pantry and freezer, and purchased groceries based on what was on sale. They’d also stock up on sale items to freeze or store for use after the sales had ended.

“We would also use credit cards with reward systems to supplement our grocery budget, and we use President’s Choice points as well,” she said.

“There are lots of accounts on Instagram to follow which will point out ways to load up on points.”

While they were cutting spending, day care costs did make repayment difficult. While living in Halifax, MacPherson was paying more than$1,100 a month in day care fees for her first child.

“This made it virtually impossible to pay extra on my student loans,” she said. “It was difficult making what should have been a very healthy salary as a pharmacist and still feeling like I still had to budget every dollar. But the vision of being financially secure kept us going.”

MacPherson and her spouse eventually moved to Vernon Bridge from Halifax, where child care is cheaper and they have more family support. MacPherson had her second child in June 2021.

They wanted to have a fresh start completely debt-free, so instead of buying a new house, the couple used the money from their Halifax home sale to wipe out their debt and moved into a cheap rental instead. MacPherson paid off her loans by September 2020 and the couple has since built a new house on a plot of land they purchased.

In Jordann Brown’s case, a 32-year-old Halifax-based spokesperson for Zolo.ca, moving to her hometown after university helped make substantial headway on her $40,000 worth of provincial student loans. She was able to pay down her debt in less than two years.

Brown had spent some time searching on the internet for ways to reduce her debt and discovered a few government programs that could help.

“One was offered to New Brunswick residents, and that program forgave a portion of your student loans if you stayed in your home province for a period. That program made a huge dent in my debt owing,” she said.

So, Brown, living in Halifax at the time, picked up and moved to live near Moncton, N.B. To keep her living expenses low, she moved into a 400-square foot cottage that cost $350 per month at the time.

Since her first job out of school as a marketer for a local manufacturing company didn’t pay very much, she took on a second job as a freelance writer contributing blog posts for websites. She put every dollar from that second job toward her student loans.

Another strategy that helped motivate Brown to pay down her debt faster was to track her debt repayment and her debt-free date.

“I used a spreadsheet and every extra payment I made brought my debt-free date a little bit closer,” she said.

While Brown’s aggressive approach to paying down student loans had a positive outcome in the long run, she’d now advise others to consider debt a marathon, not a sprint.

“Budget in some fun money and don't resign yourself to living an ultra frugal lifestyle. While it might be tempting to ‘crash budget’ your way to debt freedom, it's not sustainable, and you might end up giving up partway through your journey — or worse — binge shopping and digging yourself deeper into debt,” she said.

She also cautions graduates not to compare their own financial situations to that of their peers who graduated around the same time.

“You don't know their history — perhaps their parents paid for their post-secondary education — or the state of their bank account. Focus on yourself and your progress.”