Quebecor eyes Freedom Mobile as it looks to expand beyond Quebec 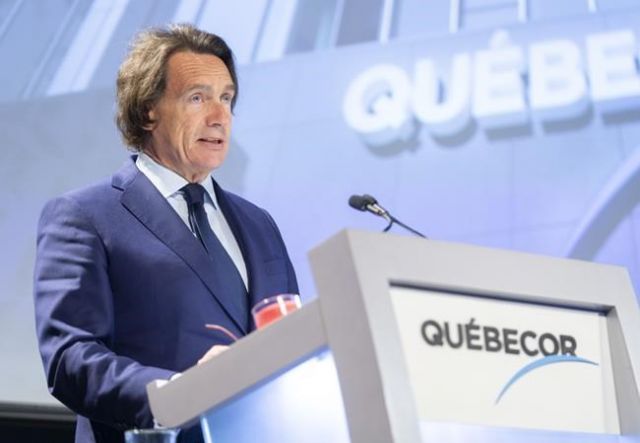 In a release Thursday, he said the ground is ripe for growth beyond the telecom's traditional stomping grounds. The Competition Bureau's opposition to Rogers Communication's Inc.'s $26-billion bid to acquire Shaw and remarks from the federal Industry Department, "allow us to look with increasing favour on the expansion of our wireless business," Péladeau stated.

He cited the prospect of either acquiring Shaw’s Freedom Mobile if Rogers is compelled to divest it, or launching a telecom offering in provinces where Quebecor has built up the spectrum licences needed to transmit wireless signals.

"We believe that these alternatives position us very favourably, as governmental and administrative authorities, including the Canadian Radio-television and Telecommunications Commission, pursue the public policy of establishing the conditions for true competition in wireless services in Canada," Péladeau said in comments accompanying the Montreal-based firm's first-quarter results.

Industry Minister François-Philippe Champagne has said a full takeover of Shaw by Rogers would be "fundamentally incompatible" with the policies of the Trudeau government.

The CRTC has also issued a decision that allows regional operators to lease access to the networks of major Canadian telecommunications companies, provided they have local frequency spectrum themselves. The regulatory conditions surrounding this decision are still pending.

“The opportunities are many and the alternatives promising," Péladeau said.

Several times in recent years, Péladeau has said Quebecor was considering an incursion into other provinces. The company says it views the Quebec market as “quite mature” and that the rest of Canada, where competition is weaker, would offer lucrative opportunities.

Questioned on the subject Thursday, the CEO confirmed that his statements indicate greater determination to extend Quebecor's scope. But he reiterated Quebecor could do so with or without Freedom Mobile under its roof.

“The answer is simple: yes, Quebecor is able to start its wireless activity outside of Quebec due to the acquisition of licenses during the auctions that took place last year," he told analysts on a conference call.

In 2021, the company acquired 294 blocks of spectrum in the 3500 MHz band for $830 million. More than half of the investment is concentrated in four Canadian provinces: Ontario, Manitoba, Alberta and British Columbia.

Telus Corp. and BCE Inc., however, asked the Federal Court last summer to block Quebecor's purchase of 5G spectrum in Western Canada, stating the company didn't meet the requirements to bid on airwaves there.

The market frowned following Péladeau's statements, with Quebecor shares falling more than six per cent or $1.69 to $26.42 in midafternoon trading on the Toronto Stock Exchange.

However, Jérôme Dubreuil of Desjardins Capital Markets said investors have no reason to fear the breakout gambit. “We continue to believe that the stock is attractively priced as the market is overestimating the risk related to a potential out-of-Quebec expansion," he said in a note.

On Thursday Quebecor reported its first-quarter profit edged higher compared with a year ago.

Quebecor said its adjusted income from continuing operations amounted to 54 cents per share, up from 52 cents per share in the same quarter last year.