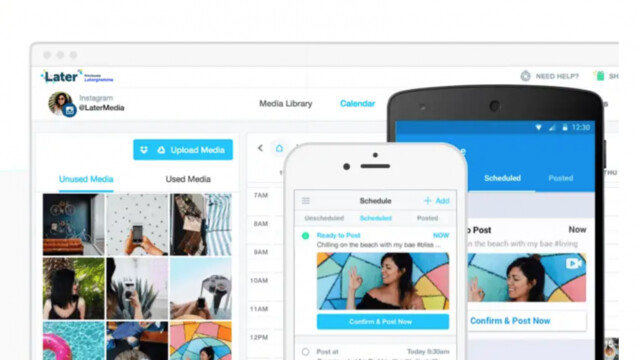 A Vancouver tech company specializing in social media marketing is falling under the influence of another firm.

Later Media Inc. is being acquired by Boston-based Mavrck LLC after the American company known for working with online influencers raised US$135 million through a strategic investment financed by Summit Partners.

The deal closed earlier this month but was announced Wednesday.

The exact selling price of Later was not disclosed but the acquisition comes after Mavrck previously raised a separate US$120 million from Summit Partners back in December.

Founded as Latergramme back in 2014, the B.C. company is best known for its marketing management platform developed for Instagram.

“Incorporating Later’s social insights into the Mavrck platform will help brands search for creators based on historic traffic generated by Later’s link-in-bio solution and, in turn, help drive a better brand fit,” Mavrck CEO Lyle Stevens said in a statement.

Later’s link-in-bio feature has generated two billion pageviews for users over the last six years and close to seven million users are tapping its platform to help schedule content, according to the company.

Co-founder Roger Patterson will continue to lead Later, serving as the new business unit’s president and joining Mavrck’s board of directors.

“When we turned on paid plans, that was the ultimate decision of whether we were providing value to people,” MacKinnon told BIV in 2019.