Canadian airlines grapple with fallout from Russia's war on Ukraine 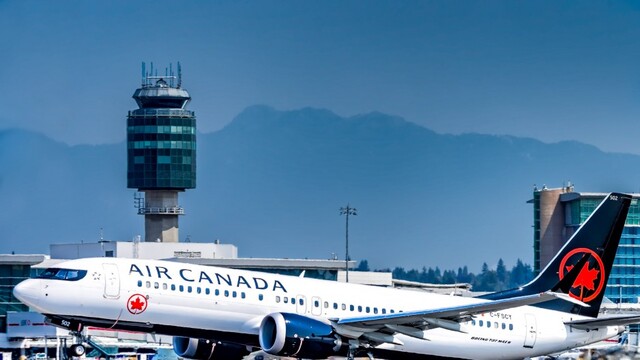 Photo: @AirCanada Twitter
Air Canada has changed flight paths for routes such as Vancouver to Delhi, which had flown over Russian airspace

Russia's war in Ukraine is having an effect on how Canadian airlines operate.

Not only have some flight routes' paths changed, but some routes may be in jeopardy thanks to pricier new flight paths, and spiking oil prices that could result in fuel surcharges, say industry insiders.

Canada has banned Russian planes from its airspace.

While Russia has yet to officially reciprocate and announce that it has banned Canadian planes from its airspace, Canadian airlines, such as Air Canada, have stopped flying over the country.

What had been a non-stop Air Canada route between Vancouver and Delhi flew over Russian airspace.

University of British Columbia Sauder School of Business adjunct professor John Korenic told BIV that flights from Vancouver to many Asian destinations fly high over the Arctic not only because the Earth's curve makes the flights shorter, but also because there are fewer headwinds that slow the planes.

"Typically, when you go to Beijing, you fly over Anchorage, Alaska, and roughly over Nome, Alaska, over the Bering Sea into Siberia, and you fly over a good part of Russia to a place called Khabarovsk, and then you come in north of Harbin, China, to Beijing," said Korenic, who teaches aviation management.

A new Air Canada flight path for Beijing, if that route is reinstated, would likely be further east, over Japan, and it would mean more miles, and more time, he said.

Air China flights between Vancouver and Beijing likely would not have the same obstacle.

A new flight path for Air Canada's route between Vancouver and Delhi could add more than a couple hours to the flight time, meaning higher costs for fuel and labour, said Korenic.

"I don't even know whether it would be viable to operate the route," he said. "They would have to work that out."

Air Canada told BIV in an email that the previously non-stop Vancouver-Delhi flights now have a technical stop in Dublin, Ireland.

Korenic said a much bigger problem for airlines than avoiding Russian airspace is the soaring cost of fuel – even though airlines often hedge fuel prices, which enables them to avoid sudden price spikes.

Korenic said airlines could add fuel surcharges, or could raise flight prices to account for higher costs. BIV asked Air Canada and WestJet whether executives are considering implmenting fuel surcharges but has not yet received responses.

"You've really got to be sympathetic with the carriers as they are just coming out of pandemic, and they're trying to stimulate demand, and now you've got the fuel price back to almost where it was in 2008," he said, referring to when WTI oil prices were above US$147.

Some other fallout from Russia's war in Ukraine could be complications with its intended merger with Sunwing.

Russian oligarch Alexei Mordashov, who has been sanctioned by the European Union, owns 34% of TUI AG, which in turn owns 49% of Sunwing.

Sunwing has said that minority shareholders have no say in operations, but it is an unresolved question on whether that issue could cause wrinkles that scuttle the deal.

Canadian government rules require that foreign entities own a maximum of 49% of a Canadian airline, including a maximum of 25% for each individual foreign stakeholder, Korenic said.

That could be a deterrent in having a U.S. carrier such as United Airlines (Nasdaq:UAL) or Delta Airlines (NYSE:DAL) merge with major Canadian airlines, he added.