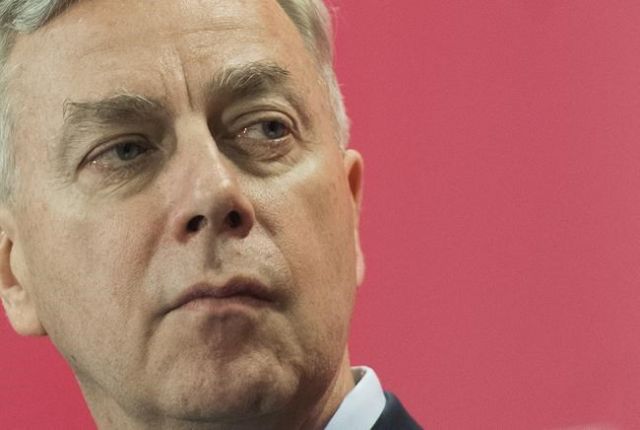 Canada's largest railway has named a longtime former rival as its new president and CEO to succeed embattled chief executive J.J. Ruest as the company looks to build on a profitable year that nonetheless saw major hurdles.

Tracy Robinson will step into the top spot on Feb. 28 as Ruest departs following the failed takeover attempt of U.S. railway Kansas City Southern last year, marking the first time a woman will helm the company in its 103-year history.

Robinson is joining the company from TC Energy Corp., where she has served as an executivesince 2014 after spending 27 years at CN rival Canadian Pacific Railway Ltd., with roles running the gamut from railway operations to finance.

Ruest will stay on in an advisory role until March 31, CN said in a release Tuesday.

The CEO, whose retirement was announced in October, had been a target for replacement by activist shareholder TCI Fund Management Ltd. — with which CN announced a rapprochement Tuesday.

As part of a resolution agreement, CN has pledged to appoint two new independent board members before its next annual general meeting. In exchange, TCI has withdrawn its demand for a special meeting of shareholders — previously slated for March 22 — and promised to support the election of all CN's board nominees in 2022 and 2023, the railway said.

The board also appointed former Quebec premier Jean Charest as a director and Shauneen Bruder as vice-chair, with Robinson also joining the board.

The appointments came as CN reported 17 per cent year-over-year growth in profit last quarter, with revenue boosted by higher fuel and freight rates despite a weaker grain crop and the B.C. washouts.

The railway raised its quarterly dividend 19 per cent to 73.25 cents per share, CN said.

On an adjusted basis, CN said diluted earnings per share increased to $1.71 from $1.43, beating expectations of $1.53 per share, according to financial markets data firm Refinitiv.

The railway said it expects to deliver approximately 20 per cent growth in adjusted diluted earnings per share in 2022, even as it invests about 17 per cent of revenues in its capital program.

Along with CP, CN struggled to cope with mudslides and washed-out rail links following deluges in British Columbia in November and December, when transport of goods narrowed to a trickle for weeks amid round-the-clock repair efforts.

"While I’ll be retiring, I am excited to see what CN’s world-class team will accomplish as they continue to lead the next transformation of the industry by delivering high-quality service to our customers and to the communities we serve, while driving sustainable returns to shareholders over the long-term," Ruest said in a release Tuesday.

Robinson said she "couldn't be more excited" about the opportunities ahead. She also said she has begun French lessons"to ensure I am able to fully embrace the experience of living in Quebec" and communicate with CN employees and customers.

Language issues in Quebec's corporate world exploded into a firestorm in November after Air Canada chief executive Michael Rousseau exposed his ignorance of French in public remarks that sparked an uproar.