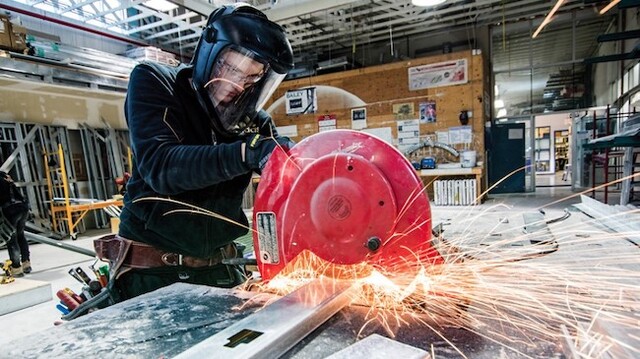 B.C.’s horrendous floods have crushed sections of highways, buckled supply chains and wiped out portions of communities. As the province sets about rebuilding – an endeavour that will require a surge in available labour – costs are likely to exceed $7.5 billion, according to an early estimate from the Bank of Montreal.

BMO senior economist Robert Kavcic points to Calgary’s rebuild following extensive 2013 flooding as a jumping off-point for B.C. The city and surrounding region faced $5 billion in damages, and another $2.5 billion in recovery and capital investments.

“This episode is likely bigger and the impact wider because of how it is choking off supply lines,” he said in a Nov. 19 note.

Officials have been reluctant to provide dollar estimates for the damage, but with B.C. embarking on an unprecedented rebuilding effort, the ensuing demand for labour further highlights ongoing strains within the sector.

“We had already been predicting a significant labour shortage in B.C. given the number of projects that are underway, and the amount of attrition and retirements coming from our industry,” said Chris Atchison, president of the BC Construction Association.

“There’s absolutely no question that the resulting repair and rebuild that will be required as a result of the recent devastating events throughout the province is just going to exacerbate that workforce shortage.”

A spring forecast from BuildForce Canada, an industry group made up of employers and unions, estimates B.C.’s construction sector will need to recruit about 60,000 workers over the coming decade to meet demand.

“It’s an incredibly mobile workforce, and you can’t staff to peak [capacity] all the time because you’ll have a whole bunch of people who aren’t working when you have a slump,” she said.

“You have to try to crew up as much as you possibly can, recruit new entrants into your system, reach into underrepresented groups, build relationships, identify new pathways for new Canadians, Indigenous workers and women to come into the trades.

“But you also need mobility levers so that you can move people where the work is to deal with the peaks and valleys that happen in construction.”

It remains unclear just how many tradespeople will be required or to what extent the industry will be tapping workers from other provinces or countries.

But Atchison said he’s confident the industry would not be using the floods as an excuse to delay other projects.

Bourke said given the current supply chain disruptions, access to labour and materials will need to be watched closely when considering the potential costs of the rebuilding.

She said most apprentices are in their mid-20s before they embark on their career path, leaving the door open for industry to recruit many more British Columbians at a much earlier age to fill in labour demand in the coming years.

“For a long, long time we just made an assumption that folks around Grade 10 would decide that they wanted to be a plumber or an electrician or an operating engineer” and that high school career counsellors would guide them the rest of the way, Bourke said.

That hasn’t necessarily been the case, and Bourke said industry has been undergoing a reassessment over the competencies required for specific trades.

“For an operating engineer, maybe you don’t need all of Calculus 11. What you need to know is load calculation so that you can operate a piece of heavy equipment. Let’s look at what that looks like. Let’s create preparatory guides,” she said.

“Let’s give people an assessment tool and help to bridge their individualized gaps to make them ready to start a career in the trades.”

Wayne Hand, dean of the School of Construction and the Environment at the British Columbia Institute of Technology, said his school is in the process of submitting a proposal to the province for an expanded trade technology complex at its Burnaby campus.

“It’s badly needed for the future needs of delivering more trades in the province,” he said. “Our capacity here in a lot of cases is getting pretty close to [the] limit. Physically, we’re obviously exploring – because of the pandemic – the opportunity for increasing capacity for blended learning.”

He said this strategy comes with its own limitations as many people studying the trades will require hands-on learning.

Meanwhile, BuildForce’s report concluded demand for B.C. construction labour is expected to be partly met by the addition of about 15,500 new workers under the age of 30 from the local population in the coming years.

“But unless local recruitment is increased, industry will need to draw in an additional 11,331 workers by the end of the decade from other industries or neighbouring provinces to keep pace with construction demands,” the report stated.

Atchison said the industry still needs to ensure there are enough seats available within educational institutes to provide training and more efforts must be made to encourage youth and underrepresented groups within the province to consider careers in construction. The industry must also further partner with Ottawa and Victoria to bring in the needed talent from overseas through such initiatives as the Provincial Nominee Program.

“We need to continue to shift our culture as industry leaders to make sure all the work that we’re doing on the front end to attract this new influx of skilled workers and construction workers … is a complete circle, that people find success and longevity in the construction industry in British Columbia,” he said.