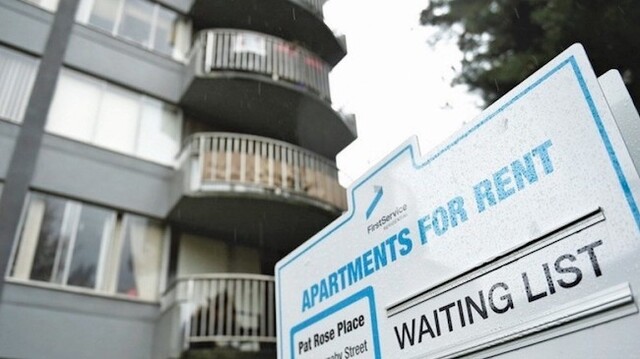 The Housing Research Collaborative report funded by the University of British Columbia and conducted by UBC researchers Silas Xuereb, Andrea Craig and Craig Jones was released on Sept. 14. It highlights Metro Vancouver’s five-year eviction rate of 10.5%, which is far higher than the rate in Toronto (5.8%), Montreal (4.2%) and other major Canadian census metropolitan areas or the averages recorded elsewhere in Canada.

“It’s important that, as a city starts realizing [it is] a city of renters, it highlights the problem of creating a city for renters,” Yan said. “This report highlights the precariousness of renters in the housing system we live in. And, unfortunately, it’s not surprising given the state of what we know about what being a renter in Metro Vancouver means.”

The new report is one of the first comprehensive analysis of rental evictions in Canada based on data from the 2018 Canadian Housing Survey, which gathered data from more than 65,000 Canadians. The report also found the five-year eviction rate for B.C. reached 10.6% in 2018 – almost double that of Prince Edward Island, which was the second-highest province, at 6.8%, and almost three times higher than the rate in jurisdictions with the lowest eviction rates (Manitoba and Nunavut, 3.7%).

For Yan, the most worrisome aspect of the data is that renters tend to form a crucial portion of a city’s workforce. In most cities, he said, a younger demographic of renters has a higher tendency to work in front-line service jobs – the foundational, face-to-face aspect of the economy that is crucial to keeping things operational.

“We desire innovators,” Yan said. “We want young people in our cities. But if they can’t afford rent or be certain they won’t be evicted, that ultimately affects the level of service, the level of economic growth we can look at.

“I think there is the belief that rental, for most people, is a phase. The idea is that the renters are on the road to home ownership. But with the type of economic changes happening in terms of job quality as well as types, it’s becoming the destination.”

Xuereb writes that the lack of rental stability harms renters’ well-being because “evictions [are] related to worse self-reported health outcomes.”

Overall, the report found that renters living in B.C. were 1.7 times more likely to have been evicted within the previous five years compared with those in a province like Ontario.

Jones, the research co-ordinator for UBC’s Balanced Supply of Housing Research Cluster, initiated the study in part because of his own experience in the Metro Vancouver rental market. He was evicted twice over a five-year span.

“Anecdotally, we hear it is tough for renters because many people are forced to move because of evictions, and this data shows there is something different about Vancouver versus two other major Canadian metropolitan areas,” Jones said. “Vancouver does stand out.”

Craig, who is also an assistant professor at UBC’s Okanagan campus, said the key now is for the report’s information to trigger more conversations about policy, whether it’s at the municipal, provincial or federal level.

Yan also hopes such conversations will begin to take place, but added he was surprised that the topic of renters’ protection wasn’t talked about more during the federal election, given Ottawa’s jurisdiction over items such as finances, loans and monetary policy in the housing market. Yan said the key know is for decision-makers to look at the rental market in terms of vacancy control not rent control.

“It’s not only about providing a large supply of rental housing, but also about providing the security of tenure and the economic characteristics of renters,” he said. “How do you make sure that, in a market that’s particularly hot, you don’t have this flipping of renters? That flipping of tenants is a tremendously disruptive event for these people who are renting.”

Yan added that there are examples, especially in Europe, where cities have large, permanent renter populations that are the bedrock of the local economy. But he said systems and policies must be established to support those populations, and those support mechanisms aren’t adequate in Metro Vancouver.