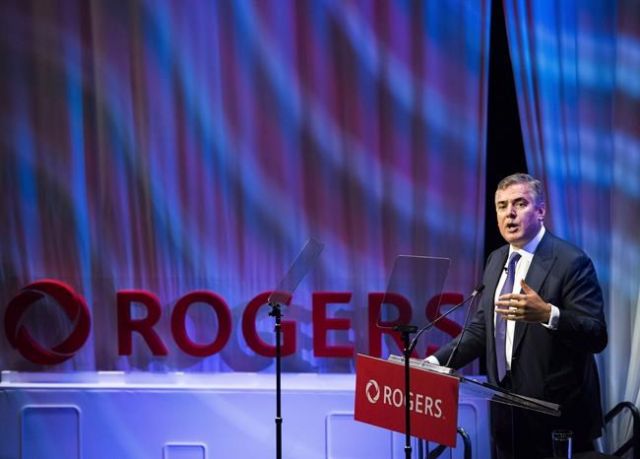 Rogers Communications Inc. reported a rebound in revenues in its second quarter amid an uptick in wireless and internet subscribers and the recovery of television advertising tied to the return of live professional sports.

The cable and wireless company said Wednesday its media revenue surged 84 per cent in the quarter, driven by advertising connected to live sports broadcasting like the Stanley Cup Playoffs as well as Blue Jays revenues.

The Toronto-based telecom company said it cleared a profit of $302 million for the three months ended June 30, as revenue rose 14 per cent to $3.58 billion up from $3.16 billion a year earlier.

"This time last year, our second quarter results reflected the significant societal and economic impacts of the first nationwide lockdown," he said during a conference call with analysts.

"Twelve months later, we have come a long way. While some elements of the pandemic will be with us for some time, we're optimistic about the road ahead."

That includes potential new business tied to the return to urban centres, the reopening of offices and return to in-person college and university classes this fall, he said.

The telecom operator is in the process of acquiring Shaw Communications Inc., a deal Rogers said will allow it to invest in network facilities, especially in remote and underserved parts of Canada, and grow more quickly and efficiently.

The company said it earned 60 cents per diluted share in the quarter, up from 54 cents per share a year earlier.