Hudson's Bay granted court order to reopen in Coquitlam, must pay half rent 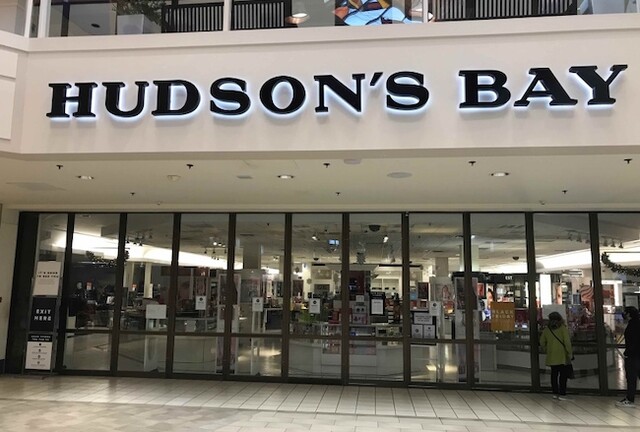 Hudson’s Bay Co. has been granted an interim order to re-enter its Coquitlam Centre location only days after it was served an eviction notice for defaulting on its rent.

Five days after the Coquitlam HBC location had been shuttered, by Wednesday, it had re-opened for business following a ruling handed down by B.C.'s Supreme Court.

In her ruling, Justice Shelley Fitzpatrick ordered the iconic retailer to pay 50% of the rent it owed to the landlord and 50% of rent going forward. The other half of unpaid and future rent is to be placed in a trust fund held by HBC’s lawyers until the matter is resolved in the new year.

“Hudson’s Bay is grateful that the Supreme Court of British Columbia has recognized the extraordinary challenges of the global pandemic and how the burden can be shared fairly and lawfully,” said HBC president and CEO Ian Putnam in a written statement.

“The majority of Canada’s leading landlords share this view and have reached mutually acceptable agreements with us.”

Morguard Investment Inc., which runs the mall and its subsidiary Pensionfund Investment Ltd., was not immediately available for comment.

HBC has been at the Coquitlam Centre location since 1979, and in the last 41 years, it claims to never have missed a rent payment. But that all changed when the pandemic hit in March.

On March 17, HBC closed its 120 stores across Canada, including at Coquitlam Centre. Court documents show that the store's sales bottomed out in April to less than one per cent of 2019 levels. And while that improved slightly as the summer wore on, by October, sales remained roughly 42% below last year’s monthly total.

The retailer just celebrated its 350th anniversary, but despite its staying power, the pandemic has strained the company’s viability.

Court records show the company has leases valued at $20 million a month and hasn’t paid any rent to eight landlords across Ontario, Quebec, British Columbia and Florida.

In arguments that echo a similar case against a Toronto-area mall, HBC claims Coquitlam Centre has failed to maintain a “first class” shopping centre as stated in the lease.