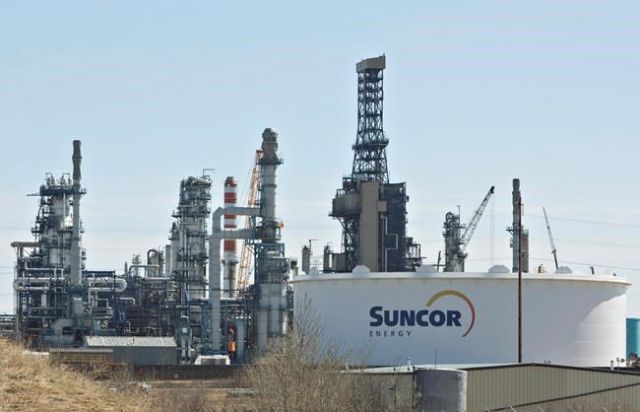 Suncor Energy Inc. is reporting a first-quarter net loss of $3.525 billion mainly due to asset impairments linked to low oil prices, compared with net earnings of $1.47 billion in the same quarter of last year.

The Calgary-based company says it will reduce its quarterly dividend by 55 per cent to 21 cents per share to maintain its financial health in the face of low oil prices due to demand destruction from measures taken to prevent the spread of the COVID-19 pandemic.

It says it will also cut its capital spending plan for 2020 to $3.8 billion, a further reduction of $400 million compared to previous guidance, and down $1.9 billion or about one-third compared to the original 2020 plan.

It says it will cut operating costs by $1 billion or 10 per cent compared to 2019 levels.

Suncor registered an impairment charge of $1.38 billion on its 54.1 per cent share of the Fort Hills oilsands mine it operates. Last month, Teck Resources Ltd. took a $474-million writedown on its 21.3 per cent stake after one of Fort Hills' two production trains was shut down due to low oil prices.

Suncor further reported an impairment of $422 million against its share of the East Coast offshore White Rose and Terra Nova assets.

"The COVID-19 pandemic has led to an unprecedented decline in demand for transportation fuels and a significant oversupply of crude oil, resulting in a substantial decline in crude oil prices," said CEO Mark Little in a statement.

"Our integrated model and balance sheet strength are distinct advantages coming into this environment, however we have still needed to take significant action to keep the company strong."

Suncor’s first quarter operating loss was $309 million or 20 cents per share, compared with a profit of $1.21 billion or 77 cents per common share a year earlier. Analysts had expected a net profit of $273 million according to financial markets data firm Refinitiv.

Oil sector production cutbacks are expected to grow to between 1.1 million and 1.7 million barrels per day in Canada during the current and next quarter, according to an analysis published last week by RBC Capital Markets.