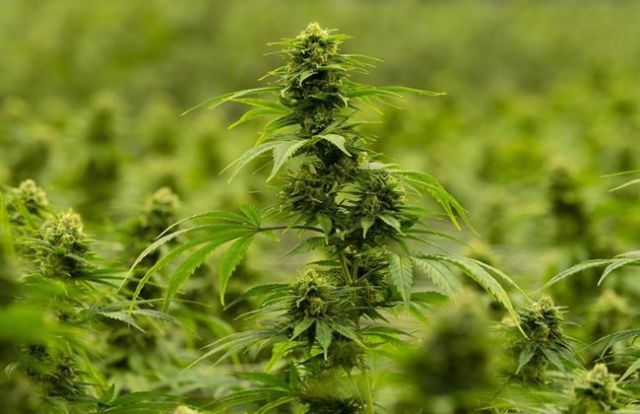 Photo: The Canadian Press
A flowering cannabis plant is seen during a tour of the Hexo Corp. facility.

Shares in cannabis firm Hexo Corp. tumbled Friday by as much as 21 per cent on the Toronto Stock Exchange after it announced it would issue about 15 million new shares, a move that could dilute the value of its existing stock.

The shares fell to a new 26-month low of $2.03 on the first trading day in Toronto following the Christmas break, down from a close of $2.57 on Christmas Eve.

Hexo announced on Thursday it had struck a deal with institutional investors to buy and resell 14.97 million common shares at US$1.67 per share, representing a 14-per-cent discount to its US$1.94 close on Tuesday on the New York Stock Exchange. The offering is expected to close by Dec. 30.

The dual-listed shares fell to US$1.53 in New York on Thursday but rebounded to as much as US$1.67 on Friday.

Hexo says it intends to use the US$25 million it is targeting through the share issue for working capital and to fund research to advance its "innovation strategies."

It also announced a deal to issue to the investors five-year share purchase warrants to allow the purchase of 7.5 million additional shares at US$2.45 per share.

Hexo announced in October that it was cutting 200 jobs to adjust for expected future revenues and ensure the long-term viability of the firm.