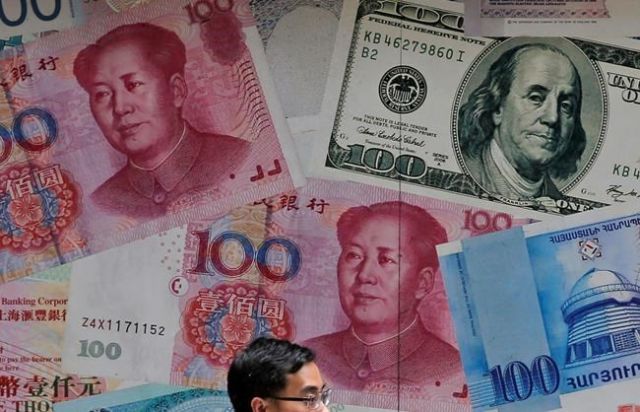 The yuan declined to 7.0562 to the dollar in early trading Tuesday, a day after Beijing allowed it to fall past the politically sensitive level of seven to the greenback.

The Chinese central bank says the declines are driven by market forces. But they fueled fears Beijing might use devaluation as a weapon in its fight with Trump over U.S. complaints about China's trade surplus and technology policies.