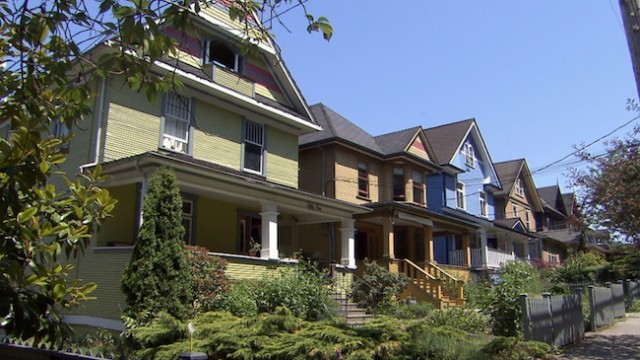 Vancouver councillors have ended two days of public hearings by voting to allow duplexes in most city neighbourhoods currently restricted to single-family homes.

Mayor Gregor Robertson says the decision is another step toward adding homes in the city for the so-called "missing middle," which includes young families pushed out of Vancouver by soaring property prices.

A news release from the mayor's office says the policy change means duplexes are now permitted on approximately 67,000 single family lots, offering an option that is more affordable than a detached home.

The 7-4 vote was split along party lines with Robertson, five Vision Vancouver members and councillor Hector Bremner approving the motion, while three Non-Partisan Association councillors and the Green party's Adriane Carr voted against.

The vote also marks one of the last major decisions of Robertson's decade-long tenure as mayor because he is not running in next month's civic election.

Robertson agrees the duplex proposal is not a "silver bullet" that will resolve Vancouver's housing problems, but says it responds to the demands of residents.

"Over the past two years of consultation for the new Housing Vancouver strategy, we heard loud and clear that Vancouverites want more housing options in single family neighbourhoods," he says in the release.

The change aligns zoning in expensive and increasingly unpopulated neighbourhoods such as Kerrisdale, Dunbar and West Point Grey with regulations in crowded and growing areas such as Kitsilano and Strathcona.

Robertson calls the policy a "modest, but important change."

Critics predict single-family homes could now be targeted by speculators, adding to already soaring property prices, while Tom Davidoff, associate professor at UBC’s Sauder School of Business, says the measure is good, but not enough.

"It’s a start. But when you have land that’s worth tens of millions of dollars an acre, to really put a dent in affordability, you want to go to at least townhomes or small apartment buildings," he says.

As a way to reduce speculation on land values, the mayor's office says the new policy does not allow for an increase in height or density on a single-family property, but it says other measures to add density are being planned.

"Further work is underway as part of the Making Room program to bring forward options for rowhouses, townhouses, and low-rise apartments- with a priority on rental housing and co-ops in low-density neighbourhoods," the release says.

That report could be brought to council by next summer. (The Canadian Press, News1130)