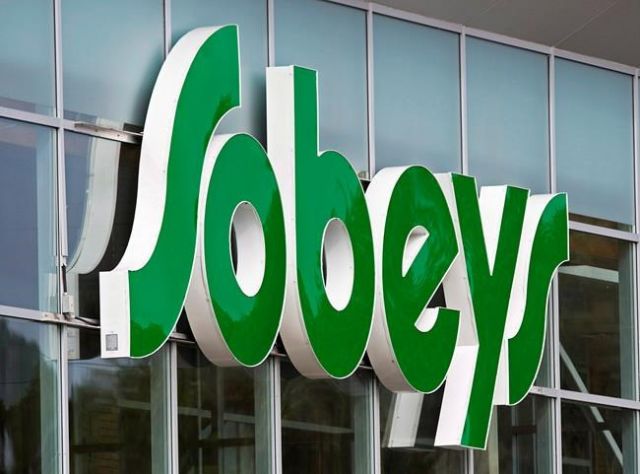 Photo: The Canadian Press
A Sobeys grocery store is seen in Halifax on Thursday, Sept. 11, 2014. - Sobeys Inc. announced today that it has signed an agreement with Ocado Group plc to bring the world's leading online grocery ordering, automated fulfillment and home delivery solution to Canada. THE CANADIAN PRESS/Andrew Vaughan

More Canadians may soon be able to order their groceries online for delivery as the country's grocery wars heat up following Amazon's entry to the competitive space.

"That got everybody's attention," he said.

The tech titan already operates its Amazon Fresh delivery service in certain cities and the acquisition, which included 13 Canadian Whole Foods locations, led to speculation it may be looking to expand the service north of the border.

The company also opened the doors to its Amazon Go store in Seattle, Wash., Monday — a cashier-free, cashless concept it's been piloting for a year.

When the tech giant entered Canada's competitive grocery industry, which has lagged behind in digital solutions, it was "a wake up call," said Grier, and chains started experimenting with how best to offer home delivery.

Sobeys Inc. announced Monday that it signed a partnership deal with Ocado Group for the British company to help build the grocer's online shopping business, which they expect to launch in the Greater Toronto Area in about two years.

"We can not count Amazon out and know that they will be strong," said Cynthia Thompson, a Sobeys spokeswoman.

"We want to be the other player. The grocer that is competing with them head on," said Thompson of what she called Sobeys's strong, bold move into the delivery business.

The long wait is equal to the amount of time it will take the two to build a customer fulfillment centre in the GTA. A video of a similar Ocado facility in Andover, England, shows a facility spanning nearly 21,000 square metres (or 226,000 square feet) with robots rolling over a grid to pick and pack customer orders in about five minutes.

The companies said they will look at further development in other Canadian urban centres, though Thompson said Sobeys has yet to decide where or when it will expand the service next.

Ocado, which was founded in 2000, will partner exclusively in Canada with Sobeys and also provide support and engineering services.

Sobeys, which will invest some capital into the fulfillment centre and pay licensing fees to Ocado, has yet to determine what it will charge customers for the service, she said.

Since beginning the service in Toronto, the company has expanded to other parts of Ontario, said spokeswoman Catherine Thomas, including the Greater Toronto Area, Ottawa, the Niagara region, Kitchener-Waterloo and Guelph.

Vancouver services will begin soon, she said, as well as additional new markets this year.