The Kelowna Fringe Festival is back 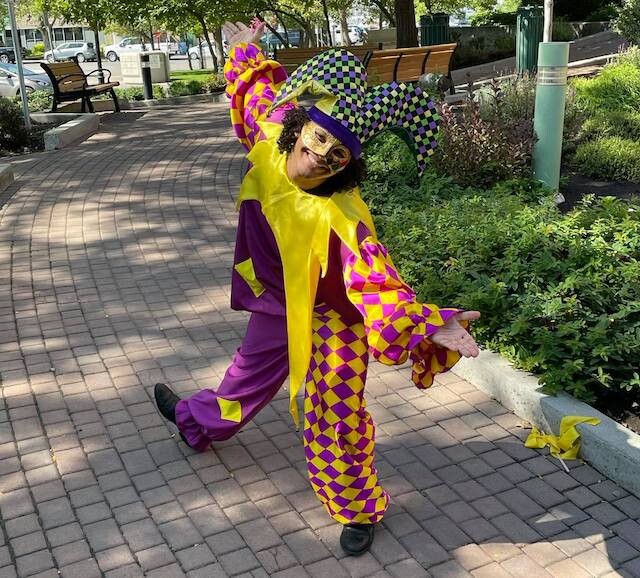 After a year of planning, many thousands of hours of meetings, rehearsals, and promotions, it is Kelowna International Fringe Week and I have to say I am so very proud we made it here.

Broadway is open again and so is Kelowna’s vibrant theatre community.

What is a Fringe Festival?

Kelowna International Fringe Festival is an uncensored, democratic performance festival that selects the line up from names pulled from a hat. Artists pay a nominal fee to get in the hat and when their names are drawn, they set to work creating a production for the festival. Many of the plays/productions are original, never-before seen works and because the festival gives 100% of the ticket sales back to the artists this allows them the chance to explore new types of performance and take risks. The result for audiences is exciting, unexpected theatre.

Who is performing at the 2021 Fringe Festival?

We have a rich and fun line up of everything from autobiographical plays to wildly creative creations that have never been seen before. Here are some highlights based on age recommendations.

We have KidsFringe happening Saturday and Sunday in Rotary Centre for the Arts Painting/Drawing Studio. Get a special surprise from our sponsor Telus and hear stories from Lady Dia (Kelowna’s 2021 Artist In Residence), Rapunzel, songs from Mermaid Nicole and paint a Grizzly Bear Mural with artist Brock Gratz. There is even a chance to get pictures with and be in a play with our Bear Mascot Kevin on Sunday at 1pm. Entry is free for kids, parents need to have a Bear Pin on. ($5 cost).

TJ’s A Hit Song In 31.7 Minutes (Atrium, Rotary Centre for the Arts) is a fun way to write a hit song with the artist using audience suggestions. TJ is high energy, fun and this show promises to be the right mix of interactive and entertaining.

George Orwell’s Animal Farm (Black Box Theatre) and Cask Of The Amontillado (Grizzli Winery) by Edgar Allen Poe have been adapted by playwrights Peter Church and Bonnie Gratz and have proven to be very popular with ticket buyers. The casts of these shows feature some of Kelowna’s most acclaimed artists and at Cask of The Amontillado you can get a glass of wine with your play, too.

Artists Carly Fawcett (Rock Bottom, RCA) and Jonathan Menold (Run Like Hell, RCA) revisit their past lives in their one performer gripping dramas. These two shows have a lot of buzz around them as does The Pink Unicorn (Studio 100, RCA) by Elise Forier Edie, starring the incredibly talented Kendra Hesketh. This show about a mother who discovers her child no longer wants to be considered “a girl or a boy, they are both” had a huge web following last June when the show had to move online after the pandemic shuttered theatres. The Pink Unicorn was made The Globe and Mail’s Theatre critic’s list as one to watch so many people are grabbing tickets to see it live.

Comedies featuring the Best of The Best

Whether it is Delphine Litke’s return in The Tingle 2 (Salloum Room, RCA) a cabaret style romp about dating adventures and misadventures or the feminist comedy Push Up Bar (Black Box Theatre) by a team of professional artists from Kamloops who have seen their work featured at Western Canadian Theatre and Project X Summer Theatre, you can be sure there are lots of laughs to be had at the festival. I would also recommend the genius playwright Jeremy Beaulne’s Emmy, Jess & Leo Watch TV (Salloum Room, RCA) and the absurdist playwright Tegan Scott’s play XXXX (Salloum Room, RCA) which claims “There is only one person I want to see my show and I don’t care if anyone else comes.” Intriguing!

Late night you can catch the Interior’s longest running improv troupe, Monkey With a Button at the Black Box Theatre or the entertaining, fun indie rock band Sad Tom & The Noodles.

Dance is featured at Creekside Theatre

Sands of Time is a massive, colorful production about dance through time, complete with incredible costumes and a big cast while The Daily Walk is a filmed, stripped down, version of dance that emphasizes the theme that dance can be anywhere at anytime. Both are highly recommended for those who love performance.

Hot tickets at the festival

A Musical Romance, Maybe (Grizzli Winery) is a choose your own adventure duelling pianos performance featuring real life couple Neville Bowman and Lyndsey Wong. Joni and Judy-Tribute! (Creekside) is Jessie Rivest’s captivating homage to Joni Mitchell and Judy Garland, while Blue Moon Marquee is a Indigenous Jazz duo who has much acclaim throughout North America. The moon will almost be full as they play under the stars at Grizzli Winery.

Tickets for these shows might not even exist by the time this article gets posted they are that popular.

We even have online options for those who can’t come to the theatre. Dear Donald, Dear Hillary is from Intrepid Theatre in Dallas, Texas and it imagines what it would be like if these arch enemies were pen pals as children. It is highly entertaining, and the performances are simply world class. You can also see this on the big screen at Creekside Theatre. The Daily Walk is also another online offering, too.

There truly is something for everyone at Kelowna International Fringe Festival this weekend. Over 100 artists have worked on it and there are still tickets to be had to almost all shows-but they won’t last. Check out our full line up at www.kelownafringe.ca today and get Fringing. 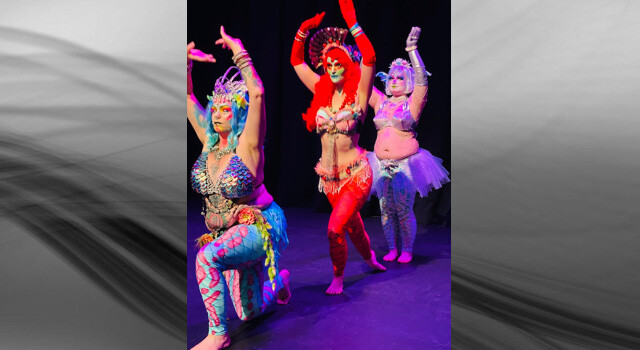