Song of The Christmas Belles 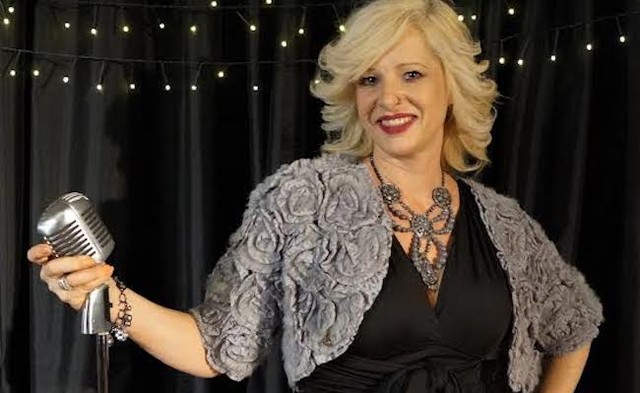 It is not very often I get the chance to perform in my own plays.

I have been in a lot of improv shows in Kelowna, but only had a handful of other chances to perform in New Vintage Theatre plays because I am usually directing and producing.

That is why this play is a special one for me. In The Last Song of the Christmas Belles, I have role and a cast that was just too sweet an opportunity to pass up. So I jumped into the show.

This play is based on my experiences touring with my theatre company in Calgary in the late '90s and early 2000s. There were times where we performed for five people, 500 people and 5,000 people.

Sometimes you just never knew what to expect, so we had to be ready for anything and along the way bonded over crazy experiences.

On one of my first big bookings, I sent the cast on a three-hour drive to Brooks to find out I had the wrong day and we had to drive all the way home again.

Then, there was the time I sank our large touring van into the mud and covered our actors in muck from head to toe just getting the vehicle out. One was dressed in all white.

There was also the time we got to a regional theatre and found the entire town came out to see our play because they had never had a professional show visit there before or when we were in lock step touring with Mariana's Trench all the way from Edmonton to Calgary.

Once we were booked into a huge show with Sharon, Lois and Bram and showed up to find out they cancelled and it was just going to be us there.

When we showed up there was just a caretaker there. Eventually 60 people showed up, but it was a little "worrisome" when even the organizer was not there.

Since then, I have had another 10 years worth of entertaining, frustrating, harrowing and lovely stories about performing plays in locations all around the Okanagan with New Vintage Theatre.

I can't even begin to relate them all, but in the end, it is not actually events, but the people that make performing so important for me.

There have been so many moments with audience members and artists that have changed the way I see the world and write about it, too. Working with talented artists always inspires and the times when people have approached me and told me what they thought about my characters or story is just the most incredible feeling.

That is why I really wanted to be in The Last Song of the Christmas Belles.

I miss the experience of being with actors in front of an audience. It is stressful, terrifying and fantastic. The frustrations can be intense while working on a new play, but the reward of being on stage and really being dialed into a character with other actors who are at the top of their game is like no other adrenalin rush.

But how does one direct themselves?

It is virtually impossible to act and direct at once and I don't advise it. Ideally, I would have had a director other than myself for this project. I tried to find a person, but it just didn't pan out, sadly. What happened is that we as artists collaborated, workshopped and staged the play more collectively.

It has been a different way of working than I normally would have done, but the passion and commitment to the project shown by my co-stars Melanie Eccles, Karlisa Hiebert, Julie Masi and Tamie Williams has been invaluable.

I have worked with all four women on other projects, but this is the first time the five of us have worked all together.

The fact that we now know each other has helped in the candour with which we have discussed the play. It has also helped us build our characters.

There have been very frank discussions and debates. In The Last Song of the Christmas Belles we play a band that has been together for over 35 years; the characters are supposed to know each other inside out, so we have actually replicated that environment by working as a collective and in the end it may have made our performances stronger.

Has the experiment worked? Does this play sing?

Come out and be the critic.

Tickets are available for all shows except closing night from www.newvintage.ca