The rules regarding e-bikes 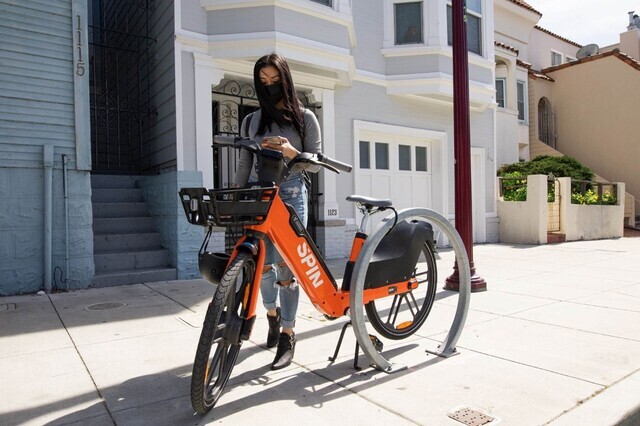 Are you going green? Is an e-bike something that you are considering the purchase of to help you get around?

Buying an electric bicycle or adding an electric motor to a conventional bicycle to help out with the chore of pedaling uphill, or giving a boost to your efforts on level ground, sure sounds good

A motor-assisted cycle (aka: an electric bicycle or e-bike) is described in B.C.'s Motor Assisted Cycle Regulation. Requirements for legal use on our roads include:

• The motor must disengage when the rider quits pedaling, applies the brake or releases the accelerator

Anyone 16 years of age or older may operate a motor-assisted cycle in the same manner as a bicycle. No driver's license, vehicle license or insurance is required, but a bicycle helmet is mandatory.

If the motor-assisted cycle does not meet the requirements of the regulation, such as a larger motor, modifications made to remove the pedals or change the way in which the motor operates, it becomes a motorcycle in the eyes of the Motor Vehicle Act. That means the rider needs a motorcycle helmet, a driver's license, a vehicle license and insurance.

As of February 2021, Transport Canada decided it will no longer regulate power-assisted bicycles (PAB) with a top speed is 32 km/h or less. This is now left to the provinces and could mean the PAB label will no longer be affixed by manufacturers.

If the label is present, you can be reasonably assured you are buying an electric bicycle. If not, it's buyer beware. Consider having the vendor certify the e-bike they are selling you meets B.C. rules on the bill of sale.

Yes, you can convert a conventional bicycle into an e-bike if you are handy with tools. The pitfall here is that some kits contain motors of more than 500 watts total power.

Using a conversion kit with a motor power of more than 500 but less than 1,500 watts would mean that you are building a limited speed motorcycle instead of an electric bike.