Tough penalties in B.C. for those caught street racing

No winners in street racing 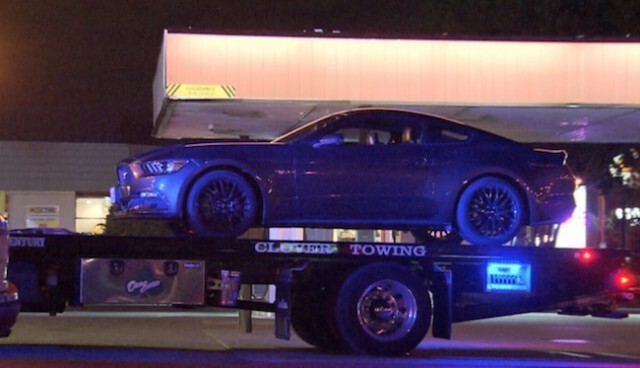 Photo: CTV
Street racers, when caught, can have their vehicles impounded and towed away, such as this Mustang, which was clocked at more than 150 km/h in Surrey in 2017.

An incident that took place in Surrey last month was headlined as “street racing,” which brings to mind the following questions: How is "street racing" defined? How do the courts recognize street racing as opposed to, say, speeding? And why are the rules currently on the books for things like speeding, reckless driving and endangerment alone not harsh enough to apply to street racers?

Let's start with the definition of “race” in the Motor Vehicle Act.

According to the act, “race" means "circumstances in which, taking into account the condition of the highway, traffic, visibility and weather, the driver or operator of a motor vehicle is driving or operating the motor vehicle without reasonable consideration for other persons using the highway or in a manner that may cause harm to an individual by doing any of the following:

The afore-mentioned driver's actions did not meet the definition of racing, but certainly qualify as being dangerous.

The Criminal Code makes it an offence to drive dangerously.

320.13 (1) Everyone commits an offence who operates a conveyance in a manner that, having regard to all of the circumstances, is dangerous to the public.

In R v Beatty, the Supreme Court of Canada examined what constitutes dangerous driving under the Criminal Code.

If this driver had been taking part in a race, that fact could be considered an aggravating factor calling for a harsher punishment if he is convicted.

According to the news story, the driver was ticketed for excessive speeding which carries a penalty of $483 and three penalty points if convicted.

148 (1) A person who drives a motor vehicle on a highway at a speed greater than 40 km/h over the applicable speed limit set under the authority of an enactment commits an offence and is liable on conviction to not less than the aggregate of the fine amount and the applicable supplemental fine amount, if any, prescribed under section 148.1 for this offence and, subject to those amounts, section 4 of the Offence Act applies.

In such cases, the investigating officer may contact RoadSafetyBC from the roadside during the investigation and relate the circumstances of the race. If they meet the criteria, the Superintendent of Vehicles will issue a driving prohibition on the spot to the drivers involved.

Another penalty for racing is the impoundment of the vehicles involved. The impoundment may take place if the circumstances amount to a race and the officer intends to charge the driver(s) with a serious offence.

• Driving without due care or reasonable consideration for others

If a collision were to occur as a consequence of the race, ICBC can deny the driver insurance coverage. The driver would be expected to pay for any damages her or she caused out of their own pocket. Typically, ICBC settles with the third party and recovers the money from the driver.

Should the offending driver not pay, ICBC can deny any driver or vehicle licence transactions.