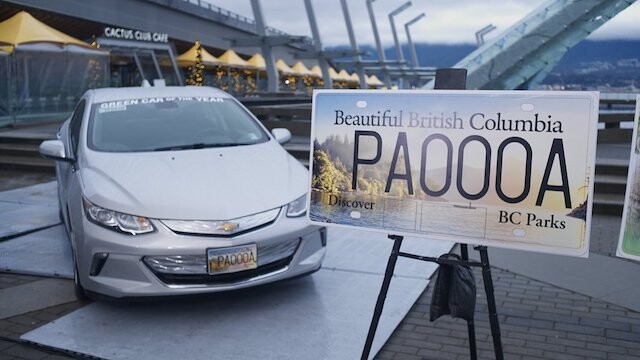 The humble licence plate has but one job, to positively identify the vehicle it is attached to.

Without license plates, how would we know who owns the vehicle? How would you complain about an erratic driver or report your stolen vehicle? Intersection Safety Camera (ISC) enforcement and Automated Licence Plate Recognition (ALPR) would be stymied and even the lowly parking ticket would have difficulty.

Most B.C. vehicles are issued with two licence plates. Also called number plates, these must be attached "one plate to the front and one plate to the rear of the vehicle."

In some cases, ICBC will only issue one plate. Motorcycles, trailers and demonstration plates are the three most common examples of this.

Effective May 1, ICBC will no longer issue licence plate validation decals. This change came about to facilitate on-line renewal of licences and insurance. You may remove the validation decal after that date if you wish to.

To support the transition, B.C. is making a one-time, $1 million investment in enhancing the ALPR program to help law enforcement identify uninsured drivers without relying on the decals.

Bicycle racks seem to be the most common obstruction, but anything that gets in the way could result in a $230 fine.

A licence plate must be mounted horizontally unless it is attached to a motorcycle. Then it may be attached in vertical position on the left front fork of a motorcycle, with the first number or letter at the bottom of the fork.

The rear licence plate must be illuminated by a lamp that is capable of displaying only white light so that the numbers on the licence plate are legible from a distance of 15 metres to the rear of the vehicle. The lamp must not project light to the rear and must be marked SAE / DOT L.

Rules for license plates on vehicles licensed under the Off Road Vehicle Act are similar to those for on-road vehicles. Two exceptions are that no licence plate light is required and the plate may be displayed on the front, rear or left side of the vehicle.

Some vehicle owners try to excuse their choices, particularly with regard to the front licence plate.

Some says it looks ugly, or there isn’t a mounting bracket or the bolts are too rusted. They throw it on the dash, wire it onto the bumper, slap decorations over top, the list seemed endless.

None are legal justifications to avoid a ticket.