How to avoid being stuck in an intersection 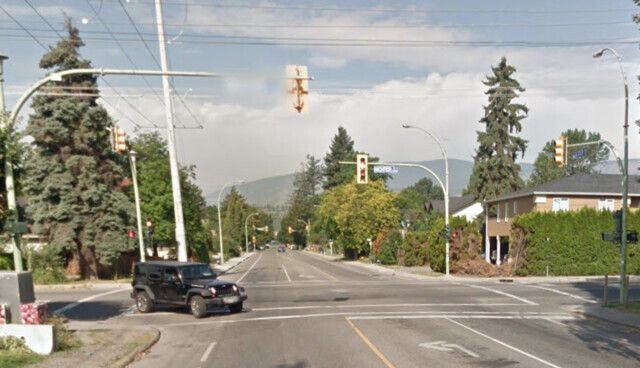 Lately I have noticed a number of drivers who have entered an intersection on the green traffic light, intending to make a left turn and then backed up instead of turning once the light has changed to red.

This sometimes happens with through traffic in an intersection as well. In either case, backing out of the intersection is unsafe and may be illegal.

If you are through traffic and stuck in an intersection when the traffic light turns red, it probably means that you have not been looking far enough ahead to anticipate what might happen.

In most cases, it is illegal to stop in an intersection. This means that if you cannot cross the intersection without having to stop, you should not be entering it in the first place. Wait behind the crosswalk or stop line until there is room for you on the far side and you should never be stuck in the intersection.

As you approach an intersection intending to turn left, you should be looking in that direction to make sure that you are able to leave the intersection. Being stopped broadside to oncoming traffic is definitely something that you want to avoid.

If there is room to exit but you are prevented from turning by oncoming traffic, you are permitted to stop and wait. This would be considered as avoiding conflict with traffic, an exception to the rule against stopping in an intersection.

Complete the left turn when there is no conflict with oncoming traffic. This may mean waiting until after the light has turned red and it is acceptable practice.

The driver making the left turn is not the only cause of the problem. He or she may feel forced to do something other than make their intended turn when cross traffic begins to stream through the intersection blocking the way. A green light does not grant immediate access to the intersection. One cannot enter when the light turns green if left turn traffic has lawfully occupied the intersection and has not yet cleared it.

If you have entered the intersection, it is illegal to back over a crosswalk to leave it. Remember, crosswalks may be marked or unmarked and there is one present at any intersection. This effectively prevents you from backing out of an intersection.

If other left turning traffic is present behind you, it likely pulled up behind and will prevent you from leaving the intersection in any event. The result is a crosswalk that is blocked and pedestrians who are forced to detour into areas of the roadway that other drivers don't expect to find them in.