New drivers need to know, and follow, the rules 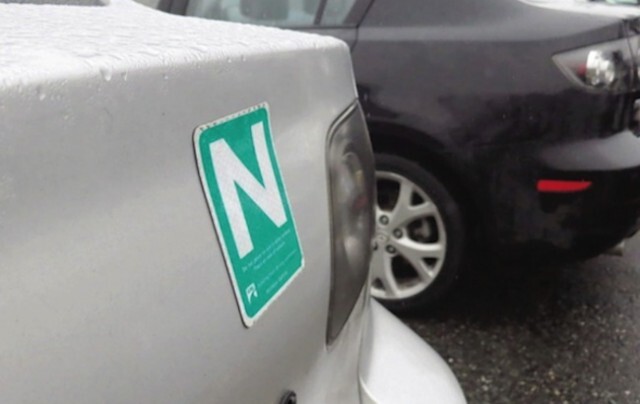 My girls attend high school and, daily, I watch as many of the students fill their cars with friends while displaying the "N" reports a reader. The reader goes on to say they spoke to their girls about this and the girls said these young people just ignore that stipulation prohibiting this because no one checks and it is a nuisance being allowed to only carry one passenger.

These youths aren't making the connections when they have the "N" designation as to what they are doing and the consequences that will follow should they be involved in a collision.

Unfortunately, the reader is not telling me anything new—and it is not just youths who do it. It is the adults too.

I once stopped a woman who was driving with an "L". Her husband and two children in car seats were also in the car. Her licence restrictions allowed her only one passenger. I was able to extend my vocabulary with some of the words that were directed at me after I served that ticket.

When the Graduated Licensing Program debuted in B.C., police took the view that there should be little leeway given to new drivers so that they would learn quickly that failing to follow the rules had significant consequences, which really meant loss of their licence for a period of time. It was hoped that if they learned this at the start of their driving career, perhaps less correction would be needed later on.

Whether this policing attitude was prevalent or not, it soon became apparent that RoadSafetyBC was handing out a significant number of prohibitions.

New drivers face licence sanctions when they receive four to six penalty points and a moving violation, coupled with failing to display a new driver sign, puts them there with one traffic stop. That resulted in the creation of a charging section for failing to display the sign that carried no points.

Failing to follow other restrictions still results in three penalty points on conviction.

Is the system working? Maybe, but then there are multi-fatality crashes occurring. Had a driver followed the rules, perhaps there would have been fewer deaths, or even no collision as there would not have been an audience to perform for. Perhaps officers need to go back to issuing the three-point ticket for all restriction violations and refusing to let the vehicle proceed until all is in order. Short-term pain for long-term gain.

Parents have the biggest stake in the solution. The police cannot set the attitude at home and it is the responsibility of parents to see that young drivers follow all the rules. After all, they supply the permissions for both licences and vehicles until the youth reaches age 18.

10 Operation of motorcycle allowed between sunrise and sunset only. No passengers permitted on motorcycle

11 Operation of motorcycle permitted only while under the direct supervision of an adult who holds a valid Class 6 driver’s licence. Maximum speed of 60 km/h

13 Class 6 or 8 not permitted to carry passengers

16 Not permitted to operate Class 2 or 4

17 Not permitted to operate buses

24 Class 6 or 8 restricted to motor scooters

43 GLP - Class 7 Learner's Licence. Restricted to 5 am to midnight only

51 May be either a restriction or an endorsement. Follow the specific criteria written on your licence.