Slaps on the wrist 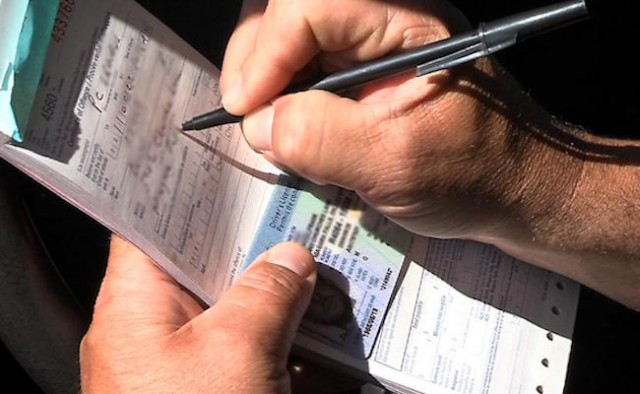 Sometimes, when I read articles on road safety, I come across one that really resonates with me. A story from 2008 written by Paul Hergott titled Drivers Need to Smarten Up When Out on the Road is one of them.

Paul, whose column also runs on Castanet on Tuesday, starts off by saying, "We’ve got ourselves a serious attitude problem. We see driving as a right."

Very little has changed since then except perhaps that this attitude is becoming even more prevalent on our roads in 2017.

Paul goes on to say "We then put a whole lot of police resources into enforcing those basic rules of the road. The enforcement, though, is hardly compelling. The fines associated with blowing through red lights and speeding are nothing more than slaps on the wrist."

This is an area where I have some experience, having spent about 25 years writing traffic tickets to drivers, trying to change the attitude of the motoring public.

In order to be effective, drivers who do not follow the rules need to believe that there will be consequences for not doing so. The chance of being caught must be seen as significant and once justifiably ticketed for an offence, there should be a proportionate penalty impressed.

If you continue to ignore the rules, you should find yourself without the privilege of driving for a time.

I knew the size of my patrol area and how many of my co-workers were on the road at any one time. From that knowledge alone, I knew that there was little chance that most drivers would see me or my partner during a shift much less risk being issued a ticket.

Why count marked police vehicles? Probably because the majority of the traffic-enforcement fleet is a fully marked car. Even the unmarked cars tended to be Fords or Chevys with black, steel wheels and a forest of antennae on the roof.

The use of non-standard unmarked vehicles of many varieties that regularly move among the traffic units would go a long way toward keeping habitual offenders watching their rear view mirrors.

Unless you have a significant driving record and have committed a particularly serious offence, there is no risk in disputing the allegation in a traffic ticket. The worst that will likely happen is that you will have to pay the amount shown on the ticket.

I'll leave a driving prohibition up to the Superintendent is a common response made by the court to a request by the Crown during the penalty phase of a trial.

If you are not part of the Graduated Licensing Program, you cannot complain about the Superintendent being heavy handed. Under the Driver Improvement Program, a driver has to accumulate 15-19 penalty points within a two-year period before a prohibition might occur.

Excessive speeding, driving without due care and attention, driving without reasonable consideration for others or using an electronic device while driving are the exceptions to the rule. They are classed as high risk driving offences and if you are convicted twice in a one year period a prohibition will occur.

Our current system of enforcement likely works well enough for the average citizen who generally tries to follow the rules.

What Paul describes as a slap on the wrist is not much of a deterrent for those drivers who put themselves ahead of everyone else in traffic.

More Behind the Wheel articles