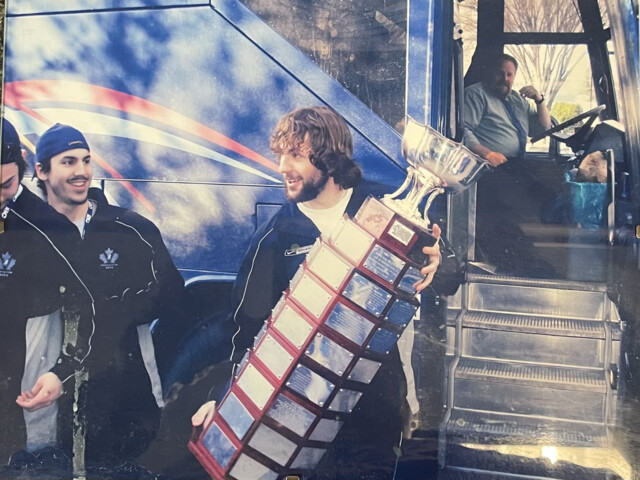 The Penticton Vees will mark their return to action at home on Thanksgiving weekend with a special ceremony prior to puck drop.

The 2008 BC Hockey League champion Vees will be in attendance on Friday.

That championship season was a special one for Head Coach Fred Harbinson, marking his first year behind the bench in Penticton and the first of his five BCHL championships.

The Vees opened the 2008 BCHL playoffs with an epic seven-game series win over the Vernon Vipers. From there, Penticton earned back-to-back series sweeps over the Westside Warriors and Nanaimo Clippers to capture the team’s first Fred Page Cup in 22 years.

“It’s great to see players and staff from the 2008 Championship team come back; many of them I haven’t seen in 15 years,” Harbinson said. “It was an amazing season, that team really helped restore the pride of the organization which was so vibrant in the 60s, 70s & 80s.”

The Vees host the Merritt Centennials Friday and the Salmon Arm Silverbacks on Saturday at the SOEC.

This year’s squad is looking to keep their perfect record intact as they face the Centennials for the first time this season on Friday, at 7 p.m.