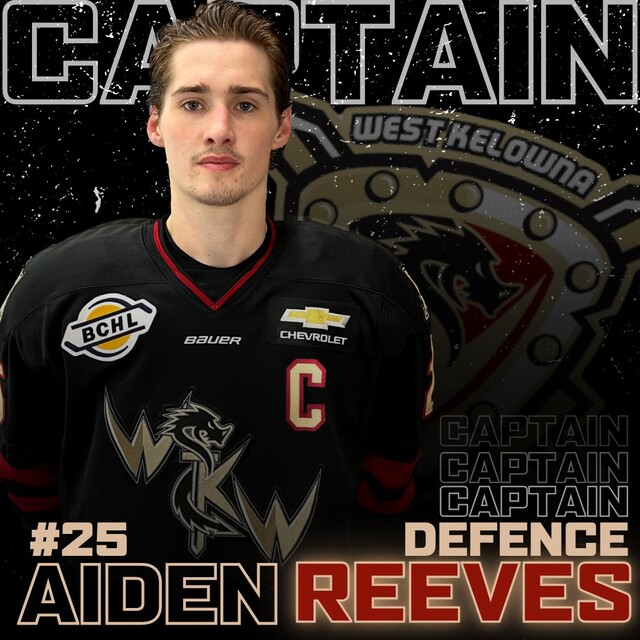 For just the second time in the 17-year history of the West Kelowna Warriors, a defenceman will wear the "C" on his jersey.

Blueliner Adian Reeves, a veteran of parts of three seasons with the Western Hockey League's Prince George Cougars, has been named captain ahead of the 2022-2023 season.

Nick Rutigliano is the only previous defenceman to we named team captain.

The 6'3", 190 Reeves is one of 15 new faces injected into the Warriors lineup this season.

"I am extremely honoured for this opportunity," said Reeves.

"We have a deep, and highly competitive group in which I feel like we have a lot of potential.

"I am thrilled to have the chance to push the group to do something special this year."

Head coach Simon Ferguson says the rest of the leadership group will be announced at a later date.

"With so many new players this year, we wanted to give it time to name our full leadership group," said Ferguson.

"Aidan has shown to be a leader on and off the ice throughout camp and exhibition, and we felt it important to officially name him as our captain before the regular season got started."

Reeves and the rest of the Warriors kick off the new season with a brief two-game Island road trip in Cowichan Valley Friday and Victoria Saturday.

They kick off the home portion of the season a week from Friday against the Wenatchee Wild.