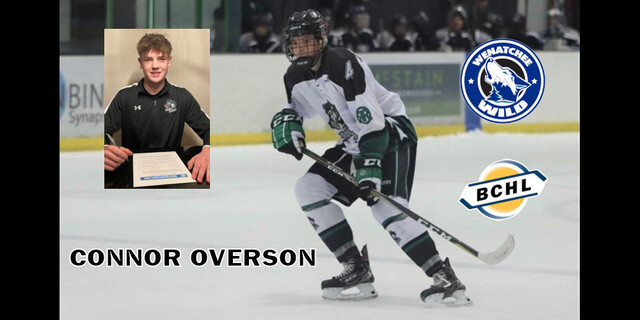 Friday's BC Hockey League game in Trail between the Smoke Eaters and visiting Wenatchee was cancelled after a Wild player suffered a medical emergency on the ice.

Wenatchee defenceman Connor Overson apparently collapsed on the ice during the first period of Friday's game.

He was taken to hospital in Trail.

"Our thoughts and prayers are with Connor as he goes for further testing at the local hospital," Wenatchee coach Chris Clark tweeted after the game was cancelled.

"He was alert and able to move his hands and feet before leaving the arena."

Tonight’s game in Trail was canceled due to an injury. pic.twitter.com/MTXVlvudD8

"Due to the injury sustained in the first period tonight in our game against the Wenatchee Wild, both teams have agreed to cancel the rest of tonight's game," the Smoke Eaters tweeted.

"Our thoughts and prayers are with the Overson family and the Wenatchee Wild. We wish him a speedy recovery."