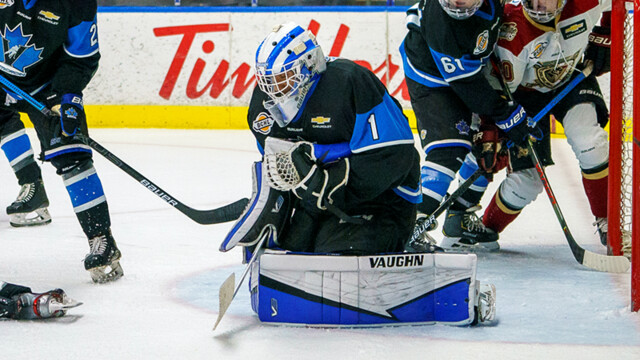 A Vees alumni and University of Quinnipiac netminder Yaniv Perets was spotted on the watch list for the Mike Richter Award, which was announced on Thursday and is given annually to college hockey’s top goaltender.

Perets, 21, has gotten into 13 games during his second season at Quinnipiac and is having a season to remember, posting 11 wins along with a 0.74 goals against average and a .954 save percentage with eight shutouts for the Bobcats this season, which ranks second amongst all goaltenders in the nation.

Perets has allowed in just one goal in the third period this season, a combined stretch of 13 periods of play.

The list will be cut down to 15 players with the next two weeks by a voting committee, with the winner being announce in April at the Frozen Four Tournament in Boston.