Vees captain out with injury 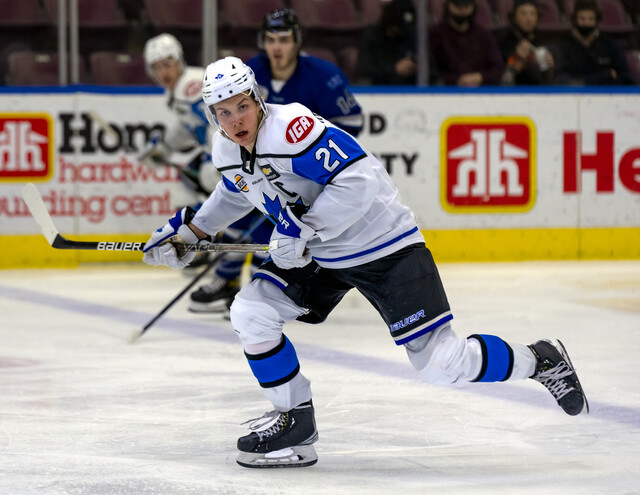 The Penticton Vees will be down one of their top players, after they announced that forward and captain Fin Williams will miss the remainder of the 2021/22 season due to a lower body injury on Tuesday.

Williams, 18, is in his second season with the Vees and third in the BC Hockey League. In his record, Williams has earned 12 goals and 25 assists for 37 points in 27 games played this season, sitting seventh overall in league scoring.His assists put Williams currently in the lead for the team while he sits second in team scoring.

The University of Michigan commit has played 86 career games in the BCHL, amassing 28 goals and 58 assists for 86 points during that time. Williams was named Captain of the team ahead of the 2021/22 season, marking his second straight season donning the ‘C’.

“We found out on Monday that our Captain Fin Williams suffered a season ending injury that requires surgery,” commented Vees President, General Manager and Head Coach Fred Harbinson in a press release, “Fin has been the consummate leader, teammate and citizen during his time as a Vee. We will continue to support Fin through this difficult rehab process.”

The Vees make their way to Prince George for a midweek clash against the Spruce Kings on Wednesday night at the Rolling Mix Concrete Arena. Puck drop is set for 7 p.m.